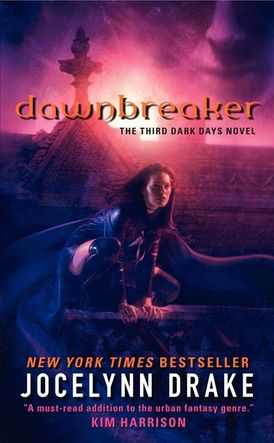 The dawn brings new terror for the creatures of the night . . .

Those of her race fear Mira for the lethal fire she bends to her will—a power unique among nightwalkers, both a gift . . . and a curse.

The naturi despise Mira for what she is—as they prepare the final sacrifice that will destroy the barriers between the worlds. And once the naturi are unchained, blood, chaos, and horror will reign supreme on Earth.

Mira can trust only Danaus, the more-than-mortal vampire slayer, though he is sworn to destroy her kind. And now, as the day approaches when titanic forces will duel under cover of darkness, destiny draws them toward an apocalyptic confrontation at Machu Picchu. But all is not lost, for a wild card has been dealt to them: a rogue enemy princess who can change the balance of power and turn the dread tide.

“With its ever–thickening plot, fans of supernatural drama are sure to get their money’s worth.” — Romantic Times BOOKclub

“NIGHTWALKER is an action-packed, stellar debut. Jocelynn Drake will have you coming back for more.” — Jeaniene Frost, New York Times bestselling author of Halfway to the Grave

“An unflinchingly self-assured first novel, chiseled with subtlety and irony into a darkly suspenseful and blessedly surprising story. In exacting detail, and with prose as silky and enticing as her protagonist, Drake has composed a love letter to the vampire genre. I wish I’d written it.” — Vicki Pettersson

“An intoxicating mix of jet-setting action and sparkling turns of phrase that let me taste the Nile and feel the British fog. NIGHTWALKER is a must-read addition to the urban fantasy genre, filled both with action and satisfying characters.” — Kim Harrison, New York Times bestselling author of For a Few Demons More 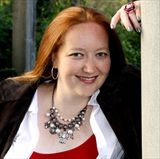 Jocelynn Drake is the New York Times bestselling author of the Dark Days series and lives in Florida. When not at her desk, she is most likely to be found playing video games, watching movies, or hanging with her family.

Other Works by Jocelynn Drake