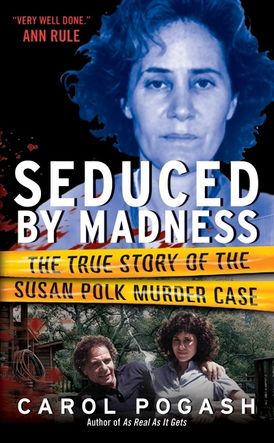 She was fifteen when she visited the therapist; still a teen when they first had sex. She was twenty-five when she married him and forty-four when she killed him.

In October 2002, Susan Polk, the soft-spoken mother of three teenage boys, was arrested for stabbing her husband and former therapist, Dr. Felix Polk, to death. Three years later she was tried for first degree murder, choosing to act as her own attorney in a trial that rapidly devolved into one of the most outrageous media circuses in modern history. To a crowded courtroom, Susan Polk presented her defense—a bizarre story of unethical therapies, abuse, repressed memories, and satanic rituals—and, in doing so, exposed her madness. Carol Pogash was there.

Seduced by Madness is the remarkably compelling, profoundly disturbing true story of the severe dysfunction of an affluent American family, as told by the leading journalist who worked the case. It is a spellbinding re-creation of a troubled life, a marriage, a murder, and a terrifying, inexorable descent into madness.

“ Nobody knows this case better, or tells it so well, as Carol Pogash.” - --Keith Morrison, award-winning correspondent for Dateline

“The story is utterly compelling, but it took a writer of Carol Pogash’s talents to make a book this good.” - --Ayelet Waldman, author of Love and Other Impossible Pursuits

“In this electrifying look at the complexities of the Susan Polk murder case, Carol Pogash goes beyond the lurid headlines.” - —Cassandra King, author of The Sunday Wife 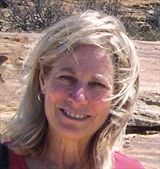 Carol Pogash is a regular contributor to the New York Times and has written for the Los Angeles Times Magazine, Washington Post, and many other newspapers and magazines. She is the author of the book As Real As It Gets. She lives in Orinda, California.

Other Works by Carol Pogash