My Life in Hot Pursuit of the World's Most Coveted Handbag 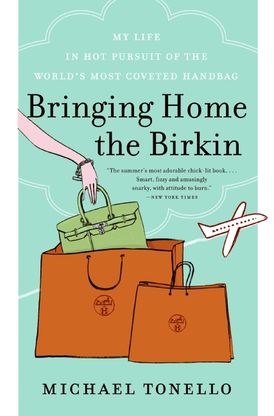 My Life in Hot Pursuit of the World's Most Coveted Handbag

For more than twenty years, the Hermès Birkin bag has been the iconic symbol of fashion, luxury, and wealth. With a fabled waiting list of more than two years to purchase one, the average fashionista has a better chance of climbing Mount Everest in Prada pumps than of possessing this coveted carryall. Unless, of course, she happens to know Michael Tonello. . . .

With down-to-earth wit, Michael Tonello chronicles the unusual ventures that took him to nearly every continent—and from eBay to Paris auction houses and into the lives of celebrities and poseurs alike—on the road to becoming a successful entrepreneur and Robin Hood to thousands of desperate rich women.

“Funny, whip-smart. . . . Both a hilarious raid on fashion’s strongholds and a memoir that satisfies like a novel. Fashion die-hards, and many others, will be delighted from beginning to end.” - Publishers Weekly (starred review)

“ [Tonello] reveals the key to scoring that Holy Grail of handbags in a clever memoir.” - Boston Herald

“In his peppy, addictive memoir . . . [Tonello] details the comical lengths to which he’s gone to snag hundreds of Birkins that he then sells (with a steep mark-up) on eBay.” - moderntonic.com

“A witty and engaging retrospective on [Tonello’s] long career traipsing the globe as a purveyor of the Birkin bag.” - Pittsburgh Post-Gazette

“[A] sunny memoir. . . . The prose is vivid, the tone lighthearted. Mr. Tonello comes off as the fantasy gay best friend immortalized in contemporary women’s fiction: sassy, plucky, optimistic—oh, and he can get you a Birkin.” - Wall Street Journal

“[A] memoir of . . . madcap travels, triumphs and humiliations. [Tonello] peels back the layers of pretension at the eminent design house. . . . Anyone who’s ever stepped into a luxury boutique and felt the sting of the doorman’s disapproval will find a hero in Tonello.” - Miami Herald

“Tonello recounts the strange and serendipitous tale of how he went from cleaning out his closet to being one of the busiest Internet resellers of Birkin bags in the world.” - The Globe and Mail

“Fascinating. . . . The sassy and resourceful Tonello built a very lucrative eBay resale business from his apartment, specializing in Hermès scarves and the French luxury purveyor’s highly desired Birkin bag. It’s hard not to be swept up in his delightful one-man Birkin Brigades.” - Minneapolis Star Tribune

“A deliciously addictive true tale of continent-hopping, celebrity-schmoozing, and a crazy-like-a-fox quest for that Hermès “it” bag, the Birkin. Haute read, indeed.” - straight.com

“I devoured, and adored Bringing Home the Birkin, the story of how one man turned the fashionable set’s obsession with Hermès’ signature handbag into a handsome, globe-trotting career.” - Jennifer Weiner, Author of Good in Bed and In Her Shoes

“Funny, thrilling, chock-full of great cocktail-party stories told with the flair of a natural raconteur.” - "The Year in Books 2008," Chicago Center for Literature and Photography

“The fashion world is about to be handed its own Da Vinci Code with Bringing Home the Birkin.” - Maclean's 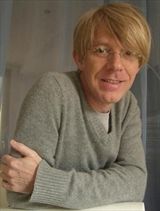 Originally from Massachusetts, Michael Tonello traveled the world as a makeup artist and hairdresser before resettling in Spain to become an eBay luxury reseller of all things Hermès. He resides in Barcelona with his partner, Juan.

Other Works by Michael Tonello

By the Waters of Liverpool

If You Love Me: True love. True terror. True story.