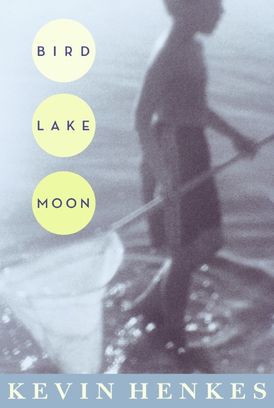 Told in alternating voices, this smart and engaging middle grade novel from the beloved Kevin Henkes is the story of two boys coming together in friendship as they struggle with family conflicts and tragedy.

There are ghosts at Bird Lake, and they're haunting Mitch and Spencer. Not the Halloween kind, but ghosts of the past. Memories of how life was before—before the divorce, before the accident. Can their ghosts bring Mitch and Spencer together, as friends? Or will their secrets keep them apart?

Mitch feels isolated at his grandparents’ house and can’t help hating his father, who walked out on him and his mom two and a half weeks earlier. Spencer’s family has decided it’s finally time to return to Bird Lake, years after his brother, Matty, drowned there. Both boys arrive at the lake scarred and fragile, but as they become friends, the sharp edges of their lives smooth out and, slowly, they are able to start healing.

“Superbly crafted. A ‘must have’ for every library.” —School Library Journal (starred review)

“In a novel as tender as his acclaimed Olive’s Ocean, Henkes probes the psyches of two boys facing family conflicts.”—Publishers Weekly (starred review)

“Henkes knows children and their secrets, and readers will lean close to hear the whispers.” - ALA Booklist (starred review)

“Superbly crafted . . . with humor and just the right amount of tension to make this a significant and highly readable book.” - School Library Journal (starred review)

“Unpretentious, spare, and timeless in the way of summers by the lake.” - The Horn Book 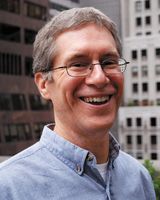 Kevin Henkes has been praised both as a writer and as an illustrator and is the recipient of the Children’s Literature Legacy Award for his lasting contribution to literature for children. He received the Caldecott Medal for Kitten’s First Full Moon; Caldecott Honors for Waiting and Owen; two Newbery Honors—one for Olive’s Ocean and one for The Year of Billy Miller—and Geisel Honors for Waiting and Penny and Her Marble. His other books include Sun Flower Lion, A Parade of Elephants, Chrysanthemum, and the beloved Lilly’s Purple Plastic Purse. Kevin Henkes lives with his family in a house in Madison, Wisconsin.

Other Works by Kevin Henkes

Penny and Her Marble

Penny and Her Doll

The Year of Billy Miller

Penny and Her Song