The Story of the Leprechaun 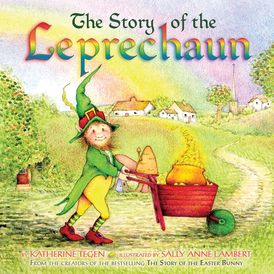 The Story of the Leprechaun

Ever wondered why leprechauns hide their pot of gold at the end of rainbows? The answer is revealed in this delightful and magical tale from the New York Times bestselling team Katherine Tegen and Sally Anne Lambert!

In a faraway village lives a talented little shoemaker—who also happens to be a leprechaun. He keeps the gold that he earns from making shoes hidden away in his home, where he thinks it will be safe.

But one day a greedy man named Tim spies the leprechaun's pot of gold and tries to steal it! How can the little leprechaun outsmart Tim and make sure his pot of gold will be safe forever?

In this original tale, Katherine Tegen has captured the magic of the wily leprechaun, while Sally Anne Lambert's glowing illustrations bring him to life. 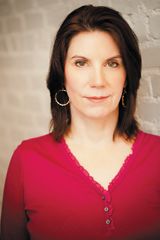 Katherine Tegen has been writing stories since she was ten years old. She has always loved celebrating holidays and anything to do with magic. She is the author of the New York Times bestseller The Story of the Easter Bunny, illustrated by Sally Anne Lambert and praised by School Library Journal: "This visually splendid story with folktale rhythms makes a good choice for holiday sharing." She lives in New York City.

Other Works by Katherine Tegen 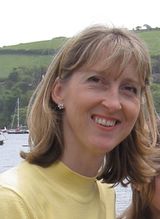 Sally Anne Lambert has illustrated a number of children’s books, including The Story of the Easter Bunny and The Story of the Leprechaun by Katherine Tegen; Gator Gumbo: A Spicy-Hot Tale by Candace Fleming; and Barkus, Sly and the Golden Egg by Angela McAllister. Ms. Lambert lives in Liverpool, England. You can visit her online at www.sallyannelambert.com.

Other Works by Sally Anne Lambert

The Yippy, Yappy Yorkie in the Green Doggy Sweater

The Story of the Jack O'Lantern

The Story of the Easter Bunny