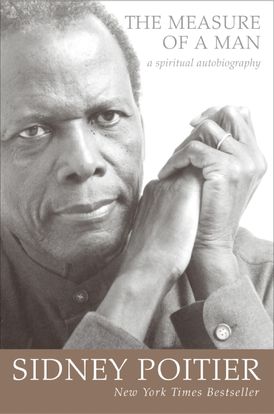 "I have no wish to play the pontificating fool, pretending that I've suddenly come up with the answers to all life's questions. Quite that contrary, I began this book as an exploration, an exercise in self-questing. In other words, I wanted to find out, as I looked back at a long and complicated life, with many twists and turns, how well I've done at measuring up to the values I myself have set."
—Sidney Poitier

In this luminous memoir, a true American icon looks back on his celebrated life and career. His body of work is arguably the most morally significant in cinematic history, and the power and influence of that work are indicative of the character of the man behind the many storied roles. Sidney Poitier here explores these elements of character and personal values to take his own measure—as a man, as a husband and a father, and as an actor.

Poitier credits his parents and his childhood on tiny Cat Island in the Bahamas for equipping him with the unflinching sense of right and wrong and of self-worth that he has never surrendered and that have dramatically shaped his world. "In the kind of place where I grew up," recalls Poitier, "what's coming at you is the sound of the sea and the smell of the wind and momma's voice and the voice of your dad and the craziness of your brothers and sisters...and that's it." Without television, radio, and material distractions to obscure what matters most, he could enjoy the simple things, endure the long commitments, and find true meaning in his life.

Poitier was uncompromising as he pursued a personal and public life that would honor his upbringing and the invaluable legacy of his parents. Just a few years after his introduction to indoor plumbing and the automobile, Poitier broke racial barrier after racial barrier to launch a pioneering acting career. Committed to the notion that what one does for a living articulates to who one is, Poitier played only forceful and affecting characters who said something positive, useful, and lasting about the human condition.

Here is Poitier's own introspective look at what has informed his performances and his life. Poitier explores the nature of sacrifice and commitment, price and humility, rage and forgiveness, and paying the price for artistic integrity. What emerges is a picture of a man in the face of limits—his own and the world's. A triumph of the spirit, The Measure of a Man captures the essential Poitier.

“With the unwavering sense of dignity and worth . . .this man’s authenticity is earned by the life he describes.” - Los Angeles Times

Reading The Measure of a Man is somewhat akin to having a worthwhile conversation with a revered older relative; he doesn’t always tell you what you want to hear, but you appreciate it just the same. - Washington Post

In this powerful book, [Poitier] shares his touchsotnes with us and makes us question what foundations guide our own lives. - Ebony

Revealing . . . Poitier invites us to re-examine his work and, through it, our history. - New York Times Magazine

Candid memoirs from teh actor who has starred in more than forty movies, directed nine, and written four. - USA Today 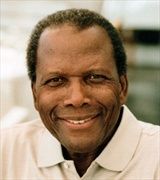 Sidney Poitier was the first black actor to win the Academy Award for best actor for his outstanding performance in Lilies of the Field in 1963. His landmark films include The Defiant Ones, A Patch of Blue, Guess Who's Coming to Dinner, and To Sir, With Love. He has starred in over forty films, directed nine, and written four. He is the author of two autobiographies: This Life and the "Oprah's Book Club" pick and New York Times bestseller The Measure of a Man. Among many other accolades, Poitier has been awarded the Screen Actors Guild's highest honor, the Life Achievement Award, for an outstanding career and humanitarian accomplishment. He is married, has six daughters, four grandchildren, and one great-granddaughter.

Other Works by Sidney Poitier