Our Water, Our World 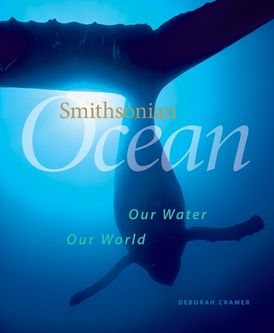 Our Water, Our World

Nobel Prize winner Al Gore wrote of Deborah Cramer's previous book Great Waters, "I urge everyone to read this book, to act on its message, and to pass on its teachings."

Now Cramer offers a groundbreaking book for an even more urgent time.

Our lives depend on the sea. As gifted science writer Deborah Cramer makes clear in this extraordinary volume, the ocean has been earth's lifeline for more than three and a half billion years. Life began in the scalding inferno of deep-sea hot springs. The first cell, the first plant, and the first animal were all born in the sea. Climate changes wrought by the sea created evolutionary pathways for mammals and gave rise to our human ancestors some 200,000 years ago. The one, interconnected sea still sustains us. Invisible plants in the ocean's sunlit surface give us air to breathe. Rushing currents supply water to the atmosphere's protective greenhouse and rain to dry land.

But as Cramer reveals in this sweeping look at earth's biography, the vital partnership between earth and the life it nourishes has recently been disrupted. Today, a single terrestrial species, man, has begun to alter the health of the sea itself. The mark of humans on the seas is now everywhere—from the fertile waters of continental shelves to the icy reaches of the poles, from the dazzling diversity of coral reefs to the porous edge of estuaries. Even the open ocean bears clear traces of our harmful ways.

Scientists believe human impact may have already sparked a catastrophic event that could change the sea and the earth irrevocably: the sixth mass planetary extinction on a scale unseen since the demise of the dinosaurs 65 million years ago. But unlike the forces that caused previous extinctions, humankind can make a choice. We can choose the mark we wish to make and the legacy we leave behind.

Written in the passionate tradition of Rachel Carson, Smithsonian Ocean is at once a book for our time and for the ages. Carson wrote: "One way to open your eyes is to ask yourself: What if I had never seen this before? What if I knew I would never see it again?" Cramer's powerful and inspiring message is equally a wake-up call: "We hold earth's life-giving waters—and our future—in our hands." Our lives depend on the sea.

“Authoritatively researched, clearly written, and beautifully illustrated, this book is best of its class.” - EO Wilson

“Deborah Cramer’s achievement in creating this classic study of the world’s seas is destined for lasting importance. Her book is a hymn to something that is both beautiful and fragile, a fervent prayer that we recognize it as such, and an eloquent plea for all humankind to cherish it.” - Simon Winchester author of Krakatoa and The Professor and the Madman

“Rachel Carson wrote the ocean’s biography for the 20th century, and Deborah Cramer, with the same passion and meticulous research, has written it for the 21st. This book is a remarkable achievement.” - Linda Lear author of Rachel Carson: Witness for Nature

“This irresistible invitation to explore the ocean that gave birth to life itself, together with the imperative to know the living ocean and treat it with respect, should be in every home.” - Thomas E. Lovejoy President, The Heinz Center for Science, Economics, and the Environment

“With poetic grace and deep scientific savvy, Deborah Cramer eloquently conveys the sweeping history of the Earth from fiery origin through the explosion of life in the sea to the present era of profound human impact. Whether you seek information or inspiration, this volume is a must.” - Sylvia Earle oceanographer, deep sea explorer, and ocean activist

“This elegant, lovingly written book immerses readers in the symbiosis between humanity and the sea. Deborah Cramer’s sweeping work introduces us to the ancestral ocean, on which human influence has now grown profound, and charges us to rejuvenate our essential partnership with its wondrous rhythms and life-giving waters.” - Paul Epstein Center for Global Health and the Environment, Harvard Medical School

“Deborah Cramer has given us an eloquent life history of the ocean, natural and human, and rightly challenges us to exercise better stewardship of the sea of the sea and leave a legacy of healthy oceans for our children.” - Michael Sutton Vice President and Director, Center for the Future of the Oceans 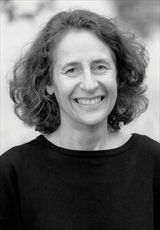 Deborah Cramer writes about science, nature, and the environment. Currently a visiting scholar at MIT's Earth System Initiative, she is the author of Great Waters: An Atlantic Passage. She lives in Gloucester, Massachusetts.

Other Works by Deborah Cramer