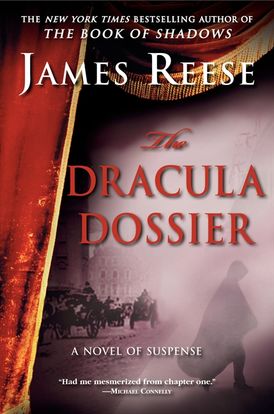 Author of the New York Times bestseller The Book of Shadows, James Reese returns with a remarkable feat of literary invention. In The Dracula Dossier, Reese combines real historical figures and events—Bram Stoker, Walt Whitman, Jack the Ripper—with glorious speculation in a tour de force of suspense fiction that races non-stop through Victorian London. Bestselling author Michael Connelly raves about The Dracula Dossier, calling it, “a damn good thriller…that had me mesmerized from chapter one.”

“[C]ompelling sequel...the many varied settings and particulars of the time period are vividly portrayed.” - Publishers Weekly

“A sweeping narrative of period and peril [that] transports the reader into an undiscovered realm of erotica...” - The Jackson Clarion-Ledger

“A spellbinding tale with a truly enchanting heroine.” - Kelley Armstrong, author of Bitten

“A novelist of immense talent and promise, and a story that seeps into the mind like a potion.” - Caleb Carr

“Expertly researched, lavishly detailed and lushly written...an atmosphere so vivid you can smell it, and remarkably striking characters.” - Diana Gabaldon

“Distinguishes Reese as a star pupil in the Anne Rice school of dark sensuality.” - Publishers Weekly

“Darkly erotic...lavishly told...Prepare to put your life on hold for 468 pages and immerse yourself.” - Tampa Tribune

“It’s marvelous to have one so eloquent exploring and transcending the gothic genre.” - Anne Rice

“THE DRACULA DOSSIER is as powerful in its imagination as it is in its dedication to historical detail and social reflection. But what’s more is that it’s a damn good thriller...With Bram Stoker and Jack the Ripper along for the ride, you can’t go wrong with this book.” - Michael Connelly

“Not only does THE DRACULA DOSSIER grip us with its fast paced hunt for history’s most notorious killer, it also enchants us with sophisticated and lyrical recreations of its unique period and strong characters. A daring achievement.” - Matthew Pearl, author of THE DANTE CLUB

“The Dracula Dossier is ...an homage in style and structure to its namesake novel, an engrossing look into the lives of eminent Victorians, and a smashing, scary read.” - St. Petersburg Times

“Those who enjoy gothic novels set in Victorian times…will revel in James Reese’s story…Seamlessly blurring the line between fact and fiction, the book is both characters study and speculative fiction folded into a well-told tale.” - Pittsburgh Tribune

“...a mesmerizing blend of fact and fiction, with plenty of Gothic chill.” - Miami Herald 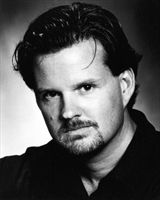 James Reese is the author of The Witchery, The Book of Spirits, and The Book of Shadows. He lives in South Florida and Paris, France.

Other Works by James Reese