A Guide for the Merely Christian 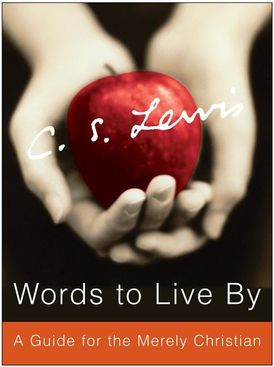 A Guide for the Merely Christian

C. S. Lewis is a beloved writer and thinker and arguably the most important Christian intellectual of the twentieth century. His groundbreaking children's series The Chronicles of Narnia, lucid nonfiction titles such as Mere Christianity and The Problem of Pain, and thought-provoking fiction, including The Screwtape Letters and The Great Divorce, have become trusted companions for millions of readers. Here Lewis breathes new life into words and concepts that have dulled through time and familiarity, and his writings inevitably provoke deep thought and surprising revelations.

Words to Live By contains an unprecedented selection of Lewis's writings, drawing from his most popular works, but also from his volumes of letters and his lesser-known essays and poems. His works are presented in accessible selections covering subjects from A to Z, including beauty, character, confession, doubt, family, holiness, and religion. Both a wonderful introduction to Lewis's thinking and a wise and insightful guide to key topics in the Christian life, these are truly words to live by.

Clive Staples Lewis (1898-1963) was one of the intellectual giants of the twentieth century and arguably one of the most influential writers of his day. He was a Fellow and Tutor in English Literature at Oxford University until 1954, when he was unanimously elected to the Chair of Medieval and Renaissance Literature at Cambridge University, a position he held until his retirement. He wrote more than thirty books, and his works continue to attract thousands of new readers every year. His most distinguished and popular accomplishments include Mere Christianity, Out of the Silent Planet, The Great Divorce, The Screwtape Letters, and the universally acknowledged classics The Chronicles of Narnia. To date, the Narnia books have sold over 100 million copies and been transformed into three major motion pictures.

The Space Trilogy: Out of the Silent Planet, Perelandra, and That Hideous Strength

The Lion, the Witch and the Wardrobe

Lion, the Witch and the Wardrobe: A Celebration of the First Edition