Roscoe Riley Rules #3: Don't Swap Your Sweater for a Dog 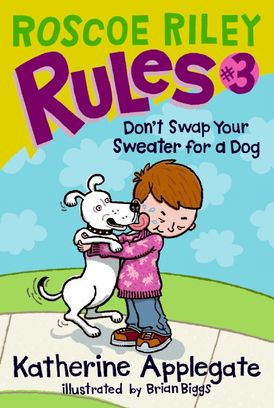 Roscoe Riley Rules #3: Don't Swap Your Sweater for a Dog

The third book in a hilarious chapter book series about an accidental rule breaker from Katherine Applegate, Newbery Medal–winning and bestselling author of The One and Only Ivan, Endling, and Wishtree.

It seems like everyone has an award of some kind. Except Roscoe. But a pet-trick contest is coming up, and first prize is a big, shiny trophy. Roscoe really wants that trophy—would he even borrow someone else’s dog to win?

Other Works by Brian Biggs

Everything Goes: Henry on Wheels

Everything Goes: On Land

Everything Goes: In the Air