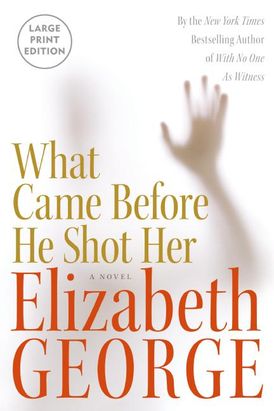 The brutal, inexplicable death of Inspector Thomas Lynley’s wife, Helen, has left Scotland Yard shocked and searching for answers. Even more horrifying is that the trigger was apparently pulled by a twelve-year-old boy.

That story begins on the other side of London in rough North Kensington, where the three, mixed-race, virtually orphaned Campbell children are bounced first from their grandmother to their aunt. The oldest, fifteen-year-old Ness, is headed for trouble as fast as her high-heeled boots will take her. That leaves the middle child, Joel, to care for the youngest, Toby. No one wants to put it into words, but something clearly isn’t right with Toby.

Before long, there are signs that Joel himself has problems. A local gang starts harassing him and threatening his brother. To protect his family, Joel ends up making a pact with the devil—a move that leads straight to the front doorstep of Thomas Lynley.

The anatomy of a murder, the story of a family in crisis, What Came Before He Shot Her is a powerful and emotional novel, full of deep psychological insights, that only the incomparable Elizabeth George could write.

“A refreshing departure...[George] took a gamble with this one, and it pays off brilliantly.” - Time magazine

“[A] searing examination of the lives of one horribly dysfunctional family. . . . A stinging indictment of a society unable to respond effectively to the needs of its poorer citizens.” - Publishers Weekly

“This novel resonate[s] long after the story is told.” - Globe and Mail (Toronto)

“A tour de force from a writer flexing her muscles as she’s never done before....Absolutely riveting.” - Entertainment Weekly (Grade: A)

“Dickensian in its heft, its vividness of characters and bleak London settings, and its rage at society’s faillures.” - Seattle Times

“Compels our attention and compassion. Gripping and intense, this is modern crime writing at its finest.” - Rocky Mountain News

“George is a brilliant writer. Her characters are vivid, and her storyline moves with a seeming inevitability that allows us to believe all the unexpected turn of events.” - Pittsburgh Post-Gazette

“George pulls out all the emotional stops.” - Washington Times 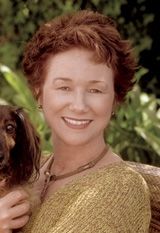