A Memoir of Snapshots and Redemption 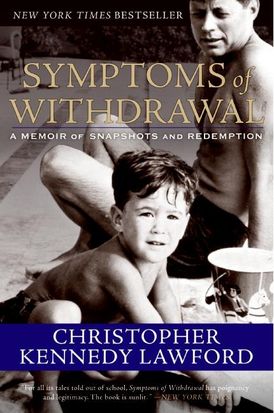 A Memoir of Snapshots and Redemption

At last, the first memoir from a Kennedy family member—an inspirational, candid, and explosive personal story sure to be one of the most sensational bestsellers of the year

Christopher Kennedy Lawson was born to enormous privilege. But with fame, money, and power came tragedy and heartbreak. In this clear-eyed, sensitive, and compulsively readable autobiography, he breaks his family’s long-held silence to a rare glimpse into the exclusive worlds of both Washington politicos and the Hollywood elite during the socially turbulent 1960s and 1970s.

As the first born child of famed Rat Pack actor, Peter Lawford, and John F. Kennedy’s sister, Patricia, Christopher Lawford was raised in Malibu and Martha’s Vineyard with movie stars and presidents as close family members and friends. But this little boy who learned the twist thanks to private lessons from Marilyn Monroe would grow up to become a spoiled adolescent with a near-fatal jones for heroin and alcohol. With deep sincerity, Kennedy sets the record straight, sharing many never-before-told stories about the good, the bad, and the ugly in his life, including the deaths of his uncles, his parents’ divorce and its effect, his hard-fought struggle to overcome addiction, his long-lasting sobriety, his acting career, and his relationships with his famous cousins and his own children. Surprisingly frank, Kennedy pulls no punches as he tells us what it’s really like to be a member of America’s first family.

“A moving tale of self-discovery and redemption . . . a writer of talent and grace.” - Publishers Weekly

“...jazzy, rocking, sometimes dark but, in the end, bright with hope.” - Frank McCourt

“...a well-written account of growing up surrounded by movie stars and political heavyweights.” - USA Today

“...an engaging memoir of privilege, struggle, and recovery. - Library Journal

“...a frank, funny account of his battle with drugs.” - Newsweek

“SYMPTOMS OF WITHDRAWAL is [Lawford’s] unsparing story of two generations of drug and alcohol addictions.” - Parade

“Mr. Lawford has taken on his Kennedy heritage with both scrappiness and introspection.” - New York Times

“SYMPTOMS OF WITHDRAWAL is as revealing in tone as it is in detail.” - New York Times

“Mr. Lawford packs so much material into one book...SYMPTOMS OF WITHDRAWAL...has poignant legitimacy.” - New York Times

“A rare and worthy first-person glimpse into the pitfalls of being a Kennedy...” - Kirkus Reviews

“Classier than the usual tell-all; an honest account of a personal pilgrimage through privileged self-destruction.” - Kirkus Reviews

“...the pages absent Frank, Marilyn, Sammy, and Jackie are every bit as interesting as those where they’re featured. ” - Booklist

“This book didn’t have to be well-written to be riveting, but it is, nonetheless...” - People

“...the most riveting and accurate details of the celebrated family’s most intimate moments.” - InTouch Magazine

“Written in a style that is both conversational and deeply compelling, humorous as well as harrowing....” - Salon.com

“[Lawford’s] candor may cause some Kennedys to wince.” - Boston Globe

“...unlike most Kennedy books, it’s free of an agenda.” - PopEntertainment.com

“Chris Lawford...dishes up plenty of humorous dirt in SYMPTOMS OF WITHDRAWAL.” - Chicago Sun-Times

“Lawford is laughing hard at his own stories, and you laugh along with him.” - New York Times Book Review

“Lawford’s memoirs are a powerful read because of their frank style and brutal honesty.” - Irish Voice 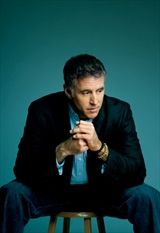 Christopher Kennedy Lawford is the New York Times bestselling author of Symptoms of Withdrawal. He has worked extensively in Hollywood as an actor, lawyer, executive, and producer. He has three children and lives in Marina Del Rey, California.

Other Works by Christopher Kennedy Lawford