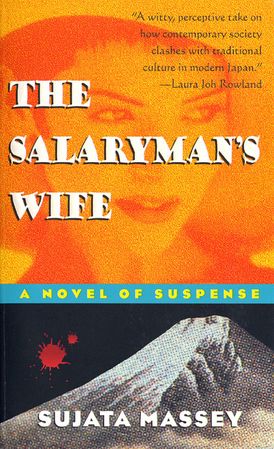 Winner of the Agatha Award.

"Sujata Massey blasts her way into fiction with The Salaryman's Wife, a cross-cultural mystery of manners with a decidedly sexy edge."-- Janet Evanonich

Japanese-American Rei Shimura is a 27-year-old English teacher living in one of Tokyo's seediest neighborhoods. She doesn't make much money, but she wouldn't go back home to California even if she had a free ticket (which, thanks to her parents, she does.) She's determined to make it on her own. Her independence is threatened however, when a getaway to an ancient castle town is marred by murder.

Rei is the first to find the beautiful wife of a high-powered businessman, dead in the snow. Taking charge, as usual, Rei searches for clues by crashing a funeral, posing as a bar-girl, and somehow ending up pursued by police and paparazzi alike. In the meantime, she attempts to piece together a strange, ever-changing puzzle—one that is built on lies and held together by years of sex and deception.

The first installment in the Rei Shimura series, The Salaryman's Wife is a riveting tale of death, love, and sex, told in a unique cross-cultural voice.

"Sujata Massey blasts her way into fiction with The Salaryman's Wife, a cross-cultural mystery of manners with a decidedly sexy edge." - Janet Evanonich

"A terrific debut, crafted with surprising twists and turns, and steeped in the flavor of contemporary Japan." - Jonnie Jacobs

"This book is a magic carpet to the Japanese Alps, and serves up murder as well. Great reading!" - Barbara D'Amato 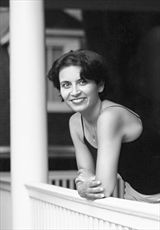 Sujata Massey was a reporter for the Baltimore Evening Sun and spent several years in Japan teaching English and studying Japanese. She is the author of The Salaryman's Wife, Zen Attitude, The Flower Master, The Floating Girl, The Bride's Kimono, The Samurai's Daughter, The Pearl Diver, and The Typhoon Lover. She lives in Minneapolis.

Other Works by Sujata Massey

Girl in a Box