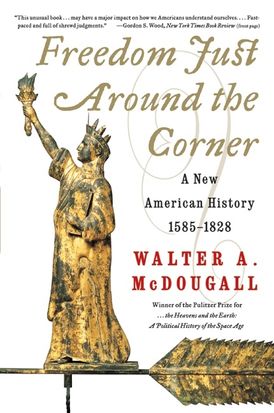 A powerful reinterpretation of the founding of America by a Pulitzer Prize–winning historian.

The creation of the United States of America is the central event of the past four hundred years," states Walter McDougall in his preface to Freedom Just Around the Corner. With this statement begins McDougall's most ambitious, original, and uncompromising of histories. McDougall marshals the latest scholarship and writes in a style redolent with passion, pathos, and humour in pursuit of truths often obscured in books burdened with political slants.

With an insightful approach to the nearly 250 years spanning America's beginnings, McDougall offers his readers an understanding of the uniqueness of the "American character" and how this character has shaped the wide ranging course of historical events. McDougall explains that Americans have always been in a unique position of enjoying "more opportunity to pursue their ambitions䳨an any other people in history." Throughout Freedom Just Around the Corner the character of the American people shines, a character built out of a freedom to indulge in the whole panoply of human behaviour. The genius behind the success of the United States is founded on the complex, irrepressible American spirit.

A grand narrative rich with new details and insights about colonial and early national history, Freedom Just Around the Corner is the first instalment of a trilogy that will eventually bring the story of America up to the present day, a story epic, bemusing, and brooding. 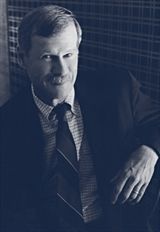 A professor of history at the University of Pennsylvania, Walter A. McDougall is the author of many books, including the Pulitzer Prize-winning The Heavens and the Earth and Let the Sea Make a Noise. . . . He lives in Pennsylvania with his wife and two teenage children.

Other Works by Walter A. McDougall