My Return to the Balkans 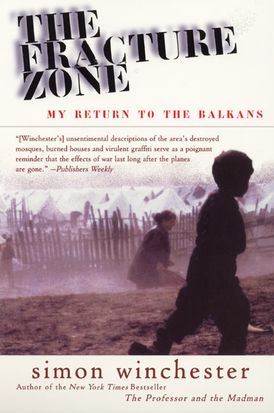 My Return to the Balkans

Terrible things have been going on in the Balkans for centuries, and they are likely to go on for centuries more to come. It is an area of great contrasts -- geographically beautiful, yet the underlying crust of the region is cracked along great tectonic fault lines. These natural fault lines pale in comparison to the borders made by man, which have added further layers of complexity to a region where war is frequent, horrors are unspeakable, and history is unfathomable. It is not an area of the world that many would care to visit -- unless they had been there before.

Simon Winchester, a seasoned reporter, visited the region twenty years ago. During the recent Kosovo crisis, he remembered that first trip and the people he met, and he decided that parallel journeys might well be a device for explaining with sympathy the true nature of this fractured region. Two great capitals, Vienna and Istanbul, whose ceaseless imperial rivalries in the past played so profound a role in shaping the savage divisions of the region today, would anchor his second journey to the region.

With the war under way, he enlisted the aid of a linguist friend and set off from Vienna on a long, scimitar-shaped adventure through Slovenia, Croatia, Bosnia, Montenegro, Albania, Macedonia, Kosovo, Bulgaria, and Turkey, arriving at the Golden Horn just as the war was officially declared over. With luck, and through valuable personal contacts, Winchester managed to be in Macedonia on the day the NATO forces moved in to assume control of Kosovo -- and because the commanding general was an old friend, he rode in with the liberating columns of troops and armor.

This is not a book about the war, but rather an intimate portrait of the region painted while the war was going on. It is also an attempt to understand what has led this region to violence -- now, in the past, and inevitably again in the future. Written with a keen sense of time and place, The Fracture Zone is at once current and timeless. It goes behind the headlines and gives us a true picture of a region that has always been on the brink. Simon Winchester's remarkable journey puts all the elements together -- the faults, the fractures, and the chaos -- and makes sense out of a seemingly senseless place.