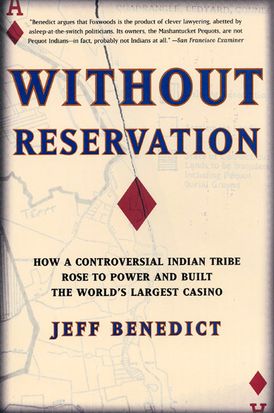 "The book seems at times like a legal thriller, a psychological drama, a morality tale, and a scandal sheet." -- Richard Tambling, Hartford Journal Inquirer

Jeff Benedict, the author of No Bone Unturned, tracks the transformation of the Mashantucket Pequots from a population of one on 214 miserable acres in the early 1970s to today’s largest landowner in Connecticut. Led by a former laborer, Tribal Chairman Richard "Skip" Hayward, the Pequots have become the wealthiest, most politically influential Indian tribe in the United States. In Without Reservation, Benedict exposes startling revelations about the tribe and their casino, Foxwoods.

“Benedict argues that Foxwoods is the product of clever lawyering, abetted by asleep-at-the-switch politicians. It’s owners, the Mashantucket Pequotes, are not Pequot Indians—in fact, probably not Indians at all.” - San Francisco Examiner 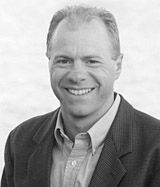