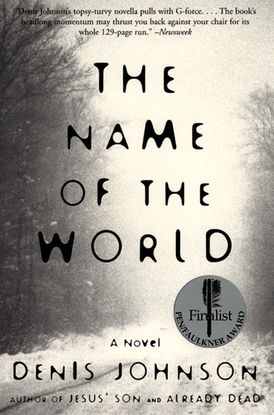 The acclaimed author of Jesus' Son and Already Dead returns with a beautiful, haunting, and darkly comic novel. The Name of the World is a mesmerizing portrait of a professor at a Midwestern university who has been patient in his grief after an accident takes the lives of his wife and child and has permitted that grief to enlarge him.

Michael Reed is living a posthumous life. In spite of outward appearances -- he holds a respectable university teaching position; he is an articulate and attractive addition to local social life -- he's a dead man walking.

Nothing can touch Reed, nothing can move him, although he observes with a mordant clarity the lives whirling vigorously around him. Of his recent bereavement, nearly four years earlier, he observes, "I'm speaking as I'd speak of a change in the earth's climate, or the recent war."

Facing the unwelcome end of his temporary stint at the university, Reed finds himself forced "to act like somebody who cares what happens to him. " Tentatively he begins to let himself make contact with a host of characters in this small academic town, souls who seem to have in common a tentativeness of their own. In this atmosphere characterized, as he says, "by cynicism, occasional brilliance, and small, polite terror," he manages, against all his expectations, to find people to light his way through his private labyrinth.

Elegant and incisively observed, The Name of the World is Johnson at his best: poignant yet unsentimental, replete with the visionary imaginative detail for which his work is known. Here is a tour de force by one of the most astonishing writers at work today. 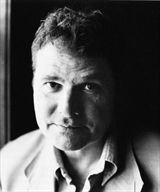