Four Journeys into the Far Realms of Lust and Longing 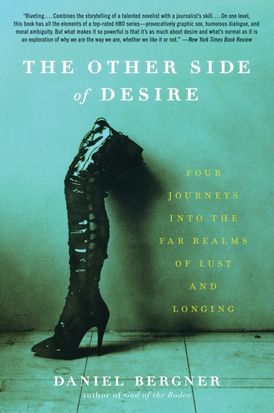 Four Journeys into the Far Realms of Lust and Longing

“Bergner does what science cannot: He illuminates peculiar longings. His method is at first descriptive and finally poetic. . . . Given the limitations of science, resonant journalism may be the best way to approach paraphilia, and Bergner’s book has a musical quality.” - Slate

“In this fascinating book, Bergner, with a novelist’s eye but a reporter’s grit, examines amputee devotees and S&M fanatics without resorting to sensationalism.” - Metro New York

“Girded with scientific data about the nature of sexual identity, The Other Side of Desire is a foray into extreme passion, in quest of the human soul.” - O, The Oprah Magazine

“Searching, deeply humane. . . . Our reactions to the stories Daniel Bergner recounts reveal as much about ourselves as they do about his oddly winning subjects.” - Jennifer Egan, bestselling author of THE KEEP

“Unsettling but riveting....what makes [this book] so powerful is that it’s as much about desire and what’s normal as it is an exploration of why we are the way we are, whether we like it or not.” - New York Times Book Review 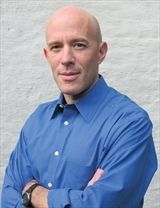 Daniel Bergner is a contributing writer for the New York Times Magazine and the author of three previous nonfiction books: The Other Side of Desire; In the Land of Magic Soldiers, a Los Angeles Times Best Book of the Year and winner of an Overseas Press Club Award and a Lettre Ulysses Award for the Art of Reportage; and God of the Rodeo, a New York Times Notable Book of the Year. He lives in Brooklyn, New York.

Other Works by Daniel Bergner

Haralambos and Holborn – AQA A Level Sociology Themes and Perspectives: Year 1 and AS

What Do Women Want?