Christianity for the Rest of Us

How the Neighborhood Church Is Transforming the Faith 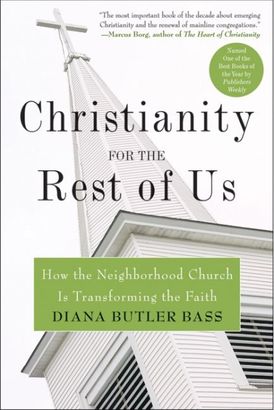 Christianity for the Rest of Us

How the Neighborhood Church Is Transforming the Faith

For decades the accepted wisdom has been that America's mainline Protestant churches are in decline, eclipsed by evangelical mega-churches. Church and religion expert Diana Butler Bass wondered if this was true, and this book is the result of her extensive, three-year study of centrist and progressive churches across the country. Her surprising findings reveal just the opposite—that many of the churches are flourishing, and they are doing so without resorting to mimicking the mega-church, evangelical style.

Christianity for the Rest of Us describes this phenomenon and offers a how-to approach for Protestants eager to remain faithful to their tradition while becoming a vital spiritual community. As Butler Bass delved into the rich spiritual life of various Episcopal, United Methodist, Disciples of Christ, Presbyterian, United Church of Christ, and Lutheran churches, certain consistent practices—such as hospitality, contemplation, diversity, justice, discernment, and worship—emerged as core expressions of congregations seeking to rediscover authentic Christian faith and witness today.

This hopeful book, which includes a study guide for groups and individuals, reveals the practical steps that leaders and laypeople alike are taking to proclaim an alternative message about an emerging Christianity that strives for greater spiritual depth and proactively engages the needs of the world.

“This excellent and timely book celebrates a vastly important phenomenon that has been too little noticed.” - Rowan Williams, Archbishop of Canterbury 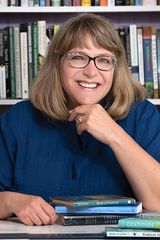 Diana Butler Bass (Ph.D., Duke) is an award-winning author of eleven books, popular speaker, inspiring preacher, and one of America's most trusted commentators on religion and contemporary spirituality, especially where faith intersects with politics and culture.

Other Works by Diana Butler Bass