The Measure of God 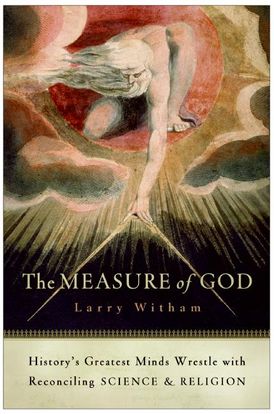 The Measure of God

The Measure of God, now in paperback, is a lively historical narrativeoffering the reader a sense for what has taken place in the God and science debate over the past century.

Modern science came of age at the cusp of the twentieth century. It was a period marked by discovery of radio waves and x rays, use of the first skyscraper, automobile, cinema, and vaccine, and rise of the quantum theory of the atom. This was the close of the Victorian age, and the beginning of the first great wave of scientific challenges to the religious beliefs of the Christian world.

Religious thinkers were having to brace themselves. Some raced to show that science did not undermine religious belief. Others tried to reconcile science and faith, and even to show that the tools of science, facts and reason, could support knowledge of God. In the English speaking world, many had espoused such a project, but one figure stands out. Before his death in 1887, the Scottish judge Adam Gifford endowed the Gifford Lectures to keep this debate going, a science haunted debate on "all questions about man's conception of God or the Infinite." The list of Gifford lecturers is a veritable Who's Who of modern scientists, philosophers and theologians: from William James to Karl Barth, Albert Schweitzer to Reinhold Niebuhr, Niels Bohr to Iris Murdoch, from John Dewey to Mary Douglas. 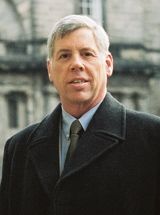 Larry Witham is the author of The Measure of God, Where Darwin Meets the Bible, and By Design: Science and the Search for God. As a journalist, he has won the Religion Communicators Council's Wilbur Award three times and has received several prizes from the Religion Newswriters Association as well as a Templeton Foundation award for his articles on science and religion.

Other Works by Larry Witham

Don't Know Much About® the Universe