The Scroll of Seduction

A Novel of Power, Madness, and Royalty 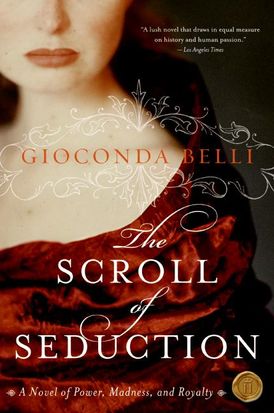 The Scroll of Seduction

A Novel of Power, Madness, and Royalty

On an outing from her boarding school, young Lucía meets Manuel—art historian and exquisite storyteller—who shares with her the tale of one of history's most tumultuous loves: Queen Juana of Castile's legendary devotion to her husband, Prince Philippe the Handsome. Embracing a union thrust upon her by political necessity, Juana responds with all the passionate abandon inherent in her fiery nature—and is forced to pay a high price for her honest sensuality. For there are those at the Renaissance court who will not allow such unabashed independence in the heir to one of the world's most powerful empires—and they declare Juana mad, denying her ascension to the throne. But is she truly insane, or is she merely a victim of her own impetuosity and unbridled desire? Or is Juana a pawn in a fierce power struggle for control of the throne?

Lucía attends raptly to the tale Manuel relates—and their own story begins to miraculously, dangerously mirror that of Juana the Mad and her beloved prince.

Praise for THE COUNTRY UNDER MY SKIN - :

“A poetic, penetrating and revelatory tale of love and war, literature and politics. . .lyrical, dramatic and incisive, Belli’s soulful self-portrait and paean to her beautiful, beleagured country is at once timely and timeless, tragic and life-affirming.” - The Chicago Tribune

“Love and revolution have rarely been so splendidly and provocatively intertwined than in this heretic memoir of a woman’s sensual and intellectual voyage of self-discovery in Nicaragua.” - Ariel Dorfman

“Gioconda Belli’s memoir reads better than a novel. It recounts her larger-than-life experiences as a revolutionary, lover, and mother with honesty, passion, intelligence and, above all, poetry. The Country Under My Skin is as much the story of Nicaragua as it is one extraordinary woman’s dreams.” - Cristina Garcia

“Engaging. . .When Belli speaks from the depths of her woman’s insight. . . her prose pierces the heart. . .A window to one woman’s extraordinary journey.” - San Antonio Express-News

“A surprisingly frank picture of the movement. . .Belli presents a complex picture, revealing the ego clashes and massive blunders as well as moments of incredible bravery under fire.” - Los Angeles Magazine

“Belli recalls with engaging candor the course of a life lived to the full. In its twist and turns, moments of danger followed by intense romantic encounters, Belli’s memoir can resemble exuberant historical fiction. . A luminously written, always insightful account of one woman’s encounter with personal and political liberation.” - Kirkus Reviews

“A lush memoir.…both intensely personal and informatively political.…An honest, insider’s account of the very real debates surrounding this major revolution would be valuable in itself, but Belli offers more: a frank examination of her struggle for love.” - Publishers Weekly

“A tribute to beauty, valor, and justice. Belli’s giving and clarion book is also an antidote to fear and apathy, and a reminder that freedom is always a work in progress.” - Booklist 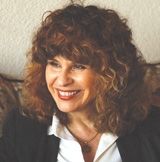 Gioconda Belli's poetry and fiction have been published in many languages. Her first novel, The Inhabited Woman, was an international bestseller; her collection of poems, Linea de fuego, won the prestigious Casa de las Americas Prize. She lives in Santa Monica, California, and Managua, Nicaragua.

Other Works by Gioconda Belli

Infinity in the Palm of Her Hand