Unlocking the Truth About the Symbols, the Secret Rites, and the History of Freemasonry 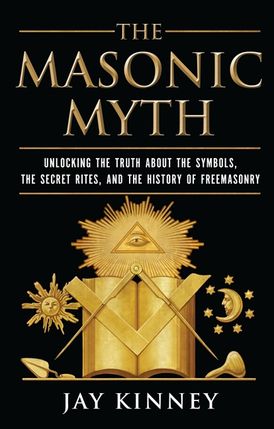 Unlocking the Truth About the Symbols, the Secret Rites, and the History of Freemasonry

The Masonic Myth by Jay Kinney is an accessible and fascinating history of the Freemasons that sheds new light on this secret fraternity. A nonfiction look at the mysterious and wrongly maligned ancient society that plays a major role in The Lost Symbol, the new novel by Dan Brown (The Da Vinci Code), Kinney’s The Masonic Myth debunks the myths as it reveals the truth about the Freemasons, their history, and their secret symbols and rituals—a truth that is far more fascinating than all the conspiracy theories combined.

“... a book which has the excitement of a thriller with the benefit of being factual. This is real-life (as opposed to “reality”) Freemasonry. And it’s a great story!” - Jim Tresner 33° Grand Cross, Book Review Editor, The Scottish Rite Journal

“This should be the first book anyone reads about Freemasonry. Even those who know a lot about it will benefit from the broad and generous perspective that the founder of “Gnosis Magazine” brings to it.” - Joscelyn Godwin, Colgate University. Author of The Theosophical Enlightenment and The Golden Thread

Kinney’s book, “Masonic Myth,” delves into the mysterious history of the Freemasons and carefully dispels rumors and misconceptions about the brotherhood. - beliefnet

“The Masonic Myth finally sets the record straight about the Freemasons, revealing that the truth is far more compelling than the stories.” - bookgasm

“Kinney does a great job of sharing a whole lot of never-before-seen inside stuff in an easily understood way.” - January Magazine

“...highly-readable and down-to-earth. Backed up by much scholarly research, Kinney methodically examines, and then busts common myths about Masons.” - Boing Boing

“For the history buff or even the student or teacher looking for a one-volume source, this book is probably all they’ll ever need to understand the world of the Freemasons. Recommended.” - Library Journal XPress 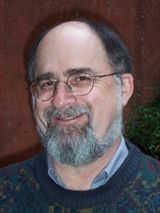 Jay Kinney is coauthor of Hidden Wisdom: A Guide to the Western Inner Traditions. For fifteen years, he was publisher and editor-in-chief of Gnosis, the premier journal covering esoteric traditions and spiritual paths. In addition, Kinney is a member of Mill Valley Lodge #356 and Mission Lodge #169, F&AM, in California; a member of the York Rite; and a 32° KCCH in the Scottish Rite. He has twice been a speaker at the California Masonic Symposium, and is a recipient of the Albert G. Mackey Award for Excellence in Masonic Research. He has extensive contacts within Freemasonry and, as librarian and director of research for the San Francisco Scottish Rite, has access to many resources and Masonic records that have eluded most popular writers on this topic.

Other Works by Jay Kinney