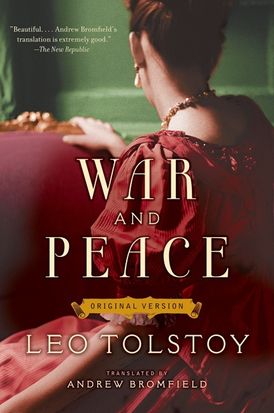 A grand, romantic saga of two noble Russian families and a multitude of lives swept up in the violent tumult of the Napoleonic Wars, Leo Tolstoy's War and Peace is considered one of the preeminent literary works of all time. Tolstoy originally completed this novel in 1866, but it was not until years later—after the author had doubled the book's length with philosophical and historical meditations—that the great novel was published. More than half a century in the making, the result of extraordinary dedication and pains-taking research, here is Tolstoy's original version of this timeless classic, which never made it into print during the author's lifetime.

Now readers can enjoy the epic and unforgettable story as the novelist originally intended—with its subtly different characters, dialogue, and ending—and experi-ence anew the breathtaking masterpiece that has inspired love and devotion for generations. 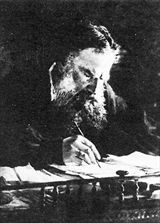 Leo Tolstoy (1828-1910) is the author of War and Peace, Anna Karenina, The Death of Ivan Ilyich, Family Happiness, and other classics of Russian literature.

Other Works by Leo Tolstoy

The Gospel in Brief