A Life in Politics, Print, and Power 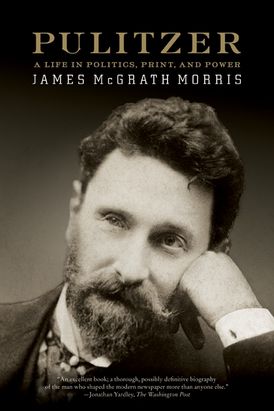 A Life in Politics, Print, and Power

In nineteenth-century industrial America, while Carnegie provided the steel, Rockefeller the oil, Morgan the money, and Vanderbilt the railroads, Pulitzer ushered in the modern mass media.

James McGrath Morris chronicles the epic story of Joseph Pulitzer, a Jewish Hungarian immigrant who amassed great wealth and extraordinary power during his remarkable rise through American politics and journalism. Based on years of research and newly discovered documents, Pulitzer is a classic, magisterial biography. It is a gripping portrait of the media baron who transformed American journalism into a medium of mass consumption and immense influence, and of the grueling legal battles he endured for freedom of the press that changed the landscape of American newspapers and politics.

“A major biographical success . . . . A thrilling toboggan-ride tour of history. . . . Pulitzer presents a flood of diary entries, statistics, edotirals, memoranda, and cables from its subject’s many ocean voyages. In this cavalcade of American life and letters, the pages fly by.” - The San Francisco Chronicle

“An accomplished new biography. . . . Pulitzer is not its subject’s first biography. But it is by far the best at explaining Pulitzer’s St. Louis years.” - The St. Louis Post-Dispatch

“an attractive, superbly illustrated, and gracefully written account of his subject that might well catch the attention of the Pulitzer Prize trustees.” - The Washington Times

“James McGrath Morris has given us everything we could have asked for in his new biography of Joseph Pulitzer. Gracefully written and thoroughly researched, his biography is easily the best we have on this remarkable man who so profoundly influenced the worlds of politics and publishing.” - David Nasaw, author of Andrew Carnegie

“Before there was Murdoch, Berlusconi, Bloomberg, or Hearst, there was Joseph Pulitzer. This epic biography, with its remarkable new research and vivid, fast-paced writing, will delight anyone who wants to understand the tangled history of politics and the press in modern America.” - Debby Applegate, author of The Most Famous Man in America: The Biography of Henry Ward Beecher

“The name Pulitzer sheds its radiance over many celebrated writers and newspapers; now James McGrath Morris has made the famous name into a living, loving, thrusting, tumultuous—and lurid—innovator. The story has everything—murder, corruption, scandal, and high achievement. Morris’s meticulous biography takes full advantage of new material. ” - Harold Evans, author of The American Century

“James McGrath Morris masterfully demonstrates the power of biography to reveal our past and inform our future. Deeply researched and beautifully written, Morris has written the definitive Pulitzer.” - Kai Bird, co-author of the Pulitzer Prize-winning American Prometheus

“An excellent book. . . . There have been other biographies of Pulitzer, most notably W.A. Swanberg’s published in 1967, but James McGrath Morris’s is the best. It is authoritative, lucid and fair to its complicated subject.” - Jonathan Yardley, The Washington Post

“Everyone knows the prize, fewer the man. Here’s an antidote to the hand-wringing about the future of the newspaper, a full-scale, full-blooded biography of a penniless immigrant from Hungary who showed what newspapers could do. Seriously good history.” - Harold Evans, The Daily Beast

“Well-researched. . . . Reads like a novel. . . . Morris paints a vivid picture, portraying his subject as an ambitious, hotheaded, at times violent, often charitable man; a perfectionist, shrewd in matters of business yet cold in matters of the heart.” - The New York Times Book Review

“An important new biography about the early days of American newspapering in all its violent, vital, swashbuckling glory. . . . A tour de force of suspence and historical narrative. . . . Mr. Morris is a diligent sleuth.” - The Pittsburgh Post-Gazette 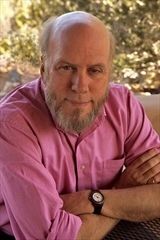 James McGrath Morris is the author of Pulitzer: A Life in Politics, Print, and Power—which the Wall Street Journal deemed as one of the five best books on American moguls and Booklist placed on its list of the ten best biographies of 2010—and The Rose Man of Sing Sing: A True Tale of Life, Murder, and Redemption in the Age of Yellow Journalism, a Washington Post Best Book of the Year. He is one of the founders and past presidents of Biographers International Organization (BIO) and makes his home in Santa Fe, New Mexico.

Other Works by James McGrath Morris