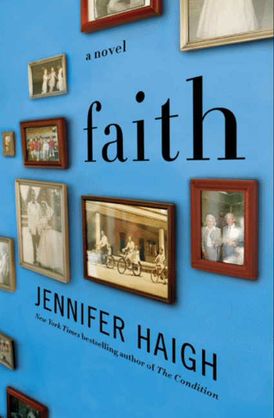 "[Haigh is] an expertnatural storyteller with an acute sense of her characters' humanity." —NewYork Times

"We have the intriguing possibility that the nextgreat American author is already in print." —Fort Worth Star-Telegram

When Sheila McGann setsout to redeem her disgraced brother, a once-beloved Catholic priest in suburbanBoston, her quest will force her to confront cataclysmic truths about herfractured Irish-American family, her beliefs, and, ultimately, herself.Award-winning author Jennifer Haigh follows hercritically acclaimed novels Mrs. Kimbleand The Condition with a captivating,vividly rendered portrait of fraying family ties, and the trials of belief anddevotion, in Faith.

“Both riveting and profound. . . . An incredibly suspenseful novel.” - Washington Post

“A masterpiece of tension and tenderness.” - More magazine

“Luminous. . . . The novel has the magnetic, page-turning quality of a detective thriller, but the clues here lead not to objective proof but to insight into a family both vividly specific and astonishingly universal. . . . . Wise.” - O magazine

“With an exquisite sense of drama and mystery, Haigh delivers a taut, well-crafted tale. . . . Indelibly rendered characters, suspenseful pacing, and fearless but sensitive handling of a controversial subject will make this a must-read for book discussion groups.” - Booklist (starred review)

“Haigh’s fourth novel draws you in. . . . You’ll be hypnotized until you know where it stops.” - Self

“FAITH is so emotionally rich, and its story so deftly delivered, that we’re absorbed.” - Wall Street Journal 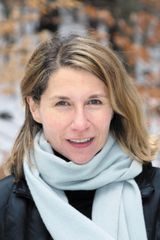 Jennifer Haigh is the author of the short-story collection News from Heaven and four critically acclaimed novels: Faith, The Condition, Baker Towers, and Mrs. Kimble. Her books have won both the PEN/Hemingway Award for debut fiction and the PEN/L.L. Winship Award for work by a New England writer. Her short fiction has been published widely, in The Atlantic, Granta, The Best American Short Stories, and many other places. She lives in Boston.