The Real Deal on How Politicians, Bureaucrats, and Other Washington Barbarians Are Bankrupting America 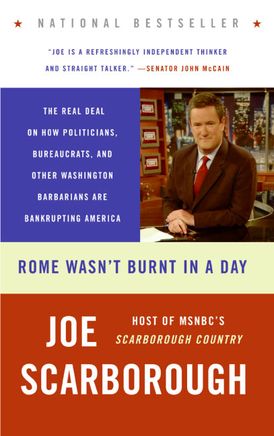 The Real Deal on How Politicians, Bureaucrats, and Other Washington Barbarians Are Bankrupting America

The former Republican congressman and now host of MSNBC’s “Scarborough Country” wittily presents The Real Deal—that Democrats and Republicans are indistinguishable: equally adept at pillaging and pork-barrelling your tax dollars—and he offers some solutions to the problem

They get themselves elected as “Washington outsiders”— Barbarians at the Gate. Once inside, however, these Vandals and Visigoths swiftly shed their pelts, don their togas, and heartily set about the business-as-usual of Our Perpetual Imperial Congress—fiddling while your tax dollars burn. Meanwhile, a Republican president and self-proclaimed conservative, George W. Bush, while mooning over Mars, has grown the federal government by a staggering 10.5% (Bill Clinton exited office at a disgraceful 3.4%). Welcome to the Orwellian “Animal Farm”-world of U.S. politics, as only Joe Scarborough can explain it from his unique perspective inside “Scarborough Country.”

From his unseating of an entrenched Democratic congressman in 1994 as part of the Gingrich Revolution, to his leadership role in the overthrow of Gingrich himself, to his rise as one of America’s most respected and entertaining political and cultural commentators as host of MSNBC’s top-rated “Scarborough Country,” Joe Scarborough has consistently surprised friend and foe alike. Is he a conservative? Most certainly. Is he a Republican? Yes. Does that mean that the president, his oil-cabal cronies, and other false claimants to conservatism should get a pass? Certainly not.

In Rome Wasn’t Burnt in a Day, Scarborough recounts his own political awakening within the Imperial Congress; provides profound and shocking insight into what is really happening inside Washington today; and offers solutions to our present dilemma that will appeal to all intelligent readers — be they conservatives, liberals, libertarians, or folks just plain fed up with all the labels and all the lies. 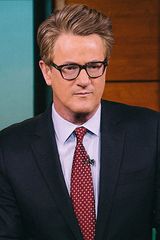