Journeys to the Surviving Relics of the British Empire 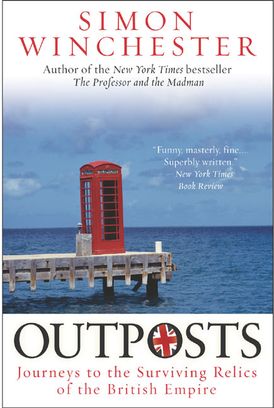 Journeys to the Surviving Relics of the British Empire

Originally published in 1985, Outposts is Simon Winchester’s journey to find the vanishing empire, “on which the sun never sets.” In the course of a three-year, 100,000 mile journey—from the chill of the Antarctic to the blue seas of the Caribbean, from the South of Spain and the tip of China to the utterly remote specks in the middle of gale-swept oceans—he discovered such romance and depravity, opulence and despair tht he was inspired to write what may be the last contemporary account of the British empire. Written with Winchester’s captivating style and breadth, here are conversations and anecdotes, myths and political analysis, scenery and history—a poignant and colorful record of the lingering beat of what was once the heart of the civilized world.