The Prosaic Soul of Nikki Giovanni 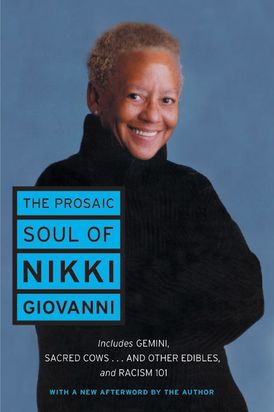 The Prosaic Soul of Nikki Giovanni

This omnibus edition collects celebrated poet and activist Nikki Giovanni’s adult prose: Racism 101, Sacred Cows and Other Edibles and seven (7) selections from Gemini: An Extended Autobiographical Statement on My First Twenty-Five Years of Being a Black Poet, which was nominated for the National Book Award in 1971.

Racism 101 (1994) contains essays that indict higher education for the inequities it perpetuates and contemplates the legacy of the 1960s. Giovanni gives searing commentary on Spike Lee and the making of Malcolm X, W.E.B. DuBois, affirmative action, President JFK and the state of urban schools. Racism 101 adds an important chapter to the debate on American national values.

Sacred Cows and Other Edibles (1988) received the Ohioana Library Award. In it Nikki’s esays and articles take on the loftiness of higher education and personal major life crises.

In Gemini (1971), Giovanni explores one of the most tumultuous periods in our history. Her essays take us from her childhood in Knoxville, Tennessee, through her work in the Black revolution of the sixties, to her emergence as an acclaimed poet. Nikki interweaves warm recollections of her personal history with incisive vignettes of cultural and political history, including her often surprising opinions of Amiri Baraka, Angela Davis, Lena Horne, Stokely Carmichael, H. Rap Brown and others. 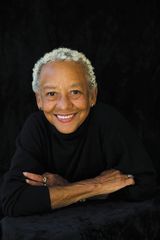 Nikki Giovanni, poet, activist, mother, and professor, is a seven-time NAACP Image Award winner and the first recipient of the Rosa Parks Woman of Courage Award, and holds the Langston Hughes Medal for Outstanding Poetry, among many other honors. The author of twenty-eight books and a Grammy nominee for The Nikki Giovanni Poetry Collection, she is the University Distinguished Professor of English at Virginia Tech in Blacksburg, Virginia.

Other Works by Nikki Giovanni

The Collected Poetry of Nikki Giovanni

The Selected Poems of Nikki Giovanni