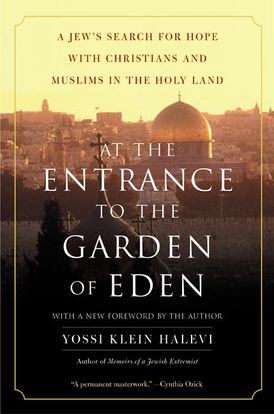 A brilliantly observed memoir of an unprecedented and remarkable spiritual journey.

While religion has fueled the often violent conflict plaguing the Holy Land, Yossi Klein Halevi wondered whether it could be a source of unity as well. To find the answer, this religious Israeli Jew began a two-year exploration to discover a common language with his Christian and Muslim neighbors. He followed their holiday cycles, befriended Christian monastics and Islamic mystics, and joined them in prayer in monasteries and mosques in Israel, the West Bank, and Gaza.

At the Entrance to the Garden of Eden traces that remarkable spiritual journey. Halevi candidly reveals how he fought to reconcile his own fears and anger as a Jew to relate to Christians and Muslims as fellow spiritual seekers. He chronicles the difficulty of overcoming multiple obstacles—theological, political, historical, and psychological—that separate believers of the three monotheistic faiths. And he introduces a diverse range of people attempting to reconcile the dichotomous heart of this sacred place—a struggle central to Israel, but which resonates for us all. 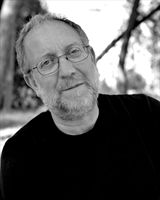 Yossi Klein Halevi is an American-born writer who has lived in Jerusalem since 1982. He is a senior fellow of the Shalom Hartman Institute in Jerusalem and the author of At the Entrance to the Garden of Eden: A Jew's Search for God with Christians and Muslims in the Holy Land and Like Dreamers: The Story of the Israeli Paratroopers Who Reunited Jerusalem and Divided a Nation, which won the Jewish Book Council's Everett Family Book of the Year Award for Best Jewish Book in 2013. Together with Imam Abdullah Antelpi of Duke University, he co-directs the Hartman Institute’s Muslim Leadership Initiative. He and his wife, Sarah, have three children.

Other Works by Yossi Klein Halevi

Letters to My Palestinian Neighbor

The Future of Peace

Memoirs of a Jewish Extremist

The Words of Peace, Fourth Edition

The Future of Peace

Born into the Children of God: Part 2 of 3: My life in a religious sex cult and my struggle for survival on the outside