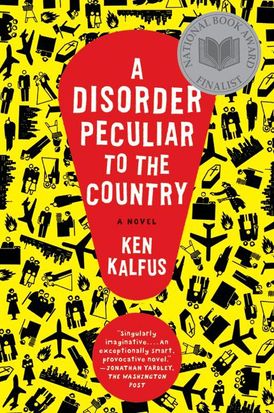 "The best novel yet about 9/11.... A brilliant new comedy of manners, A Disorder Peculiar to the Country is about the way a conflict takes on a logic and momentum of its own." —Salon

Joyce and Marshall each think the other is killed on September 11—and must swallow their disappointment when the other arrives home. As their bitter divorce is further complicated by anthrax scares, suicide bombs, and foreign wars, they suffer, in ways unexpectedly personal and increasingly ludicrous, the many strange ravages of our time.

In this astonishing black comedy, Kalfus suggests how our nation’s public calamities have encroached upon our most private illusions.

“This is—despite Kalfus’s skewering of the very notion—a heroic book, brimming with an almost evangelical need to let a satirical truth replace the fact-based fictions of some glowing obituaries.” - Washington Post

“Hilarious. . . . The novel miraculously manages to avoid patness or bombast. As in Jay McInerney’s recent The Good Life, Kalfus puts 9/11 up against the steel-plated narcissism of New Yorkers—with very different, and very funny, results.” - Publishers Weekly

“A stinging new fiction. . . . Kalfus recalibrates all the standard divorce tropes into something sharper than that provided by more-innocent, or at least more-isolationist, divorce fare.” - New York

“Savagely hilarious. . . . This is a scathing portrait of self-absorbed people misunderestimating the complexity and malignancy of motives the drive unfolding events.” - Elle

“A surprising new novel. . . . Unlike so many satirical novelists at work today, Kalfus doesn’t pull his punches. From the very first scene, this is a bracing book. . . . This is a novel about how people chafe against the huge, un-sentient brush of history.” - Philadelphia Inquirer

“Kalfus’ new novel [is] like a fever dream of recent events. . . .Through the interbleeding of public and private story lines and his lampooning approach, Kalfus [is] freeing the way we think about Sept. 11 and the war on terror from a ready-made mold, the rigid cast of a hardening historical view. If hyperbole can be weaponized anywhere in literature, it is here.” - Los Angeles Times Book Review

“Truly powerful.... Rollicking.... A genuine commentary upon the lot of us.” - Claire Messud, Boston Globe

“Intrepid and dolefully hilarious. . . . Disorder dishes out plenty of outrageousness, but what makes it truly resonate is its scorching psychological portraits. A tried-and-true moralist, Kalfus transforms the humor of his tantrum-prone protags into something much deeper—a scathing indictment of their puerile selfishness.” - Time Out New York

“Kalfus avoids the easier targets and more obvious ironies of the era. His characters and situations are vivid and idiosyncratic enough to be wholly, and embarrassingly recognizable to anyone who experienced impulses unbecoming to citizens of ‘a nation challenged.’” - Newsday

“Kalfus is an impressively penetrating and precise novelist.... He kept me turning the pages by the forceful grace of his writing and insights.” - Seattle Times

“The best novel yet about 9/11. . . . Kalfus is an endlessly ingenious writer. . . . Features some of the best fiction writing yet about Sept. 11. . . . . A brilliant new comedy of manners, A Disorder Peculiar to the Country is about the way a conflict takes on a logic and momentum of its own.” - Laura Miller, Salon

“Vivid. . . . Entertaining. . . . Like Don DeLillo in White Noise, Kalfus is using the misfortunes of one family as a pathway into the national malaise.” - Craig Seligman, Bloomberg

“Singularly imaginative. . . . An exceptionally smart, provocative novel. . . . A Disorder Peculiar to the Country is a dark comedy with serious things to say about the difficult, unsettling times in which we live.” - Jonathan Yardley, The Washington Post 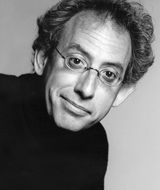 ken kalfus is the author of a novel, The Commissariat of Enlightenment, and the short story collections Thirst, which won the Salon Book Award, and Pu-239 and Other Russian Fantasies, which was a finalist for the PEN/Faulkner Award.

Other Works by Ken Kalfus