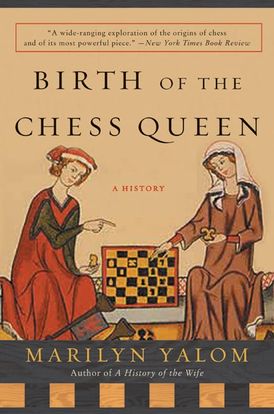 “Marilyn Yalom has written the rare book that illuminates something that always has been dimly perceived but never articulated, in this case that that the power of the chess queen reflects the evolution of female power in the western world.” —Cleveland Plain Dealer

Everyone knows that the queen is the most dominant piece in chess, but few people know that the game existed for five hundred years without her. It wasn't until chess became a popular pastime for European royals during the Middle Ages that the queen was born and was gradually empowered to become the king's fierce warrior and protector.

Birth of the Chess Queen examines the five centuries between the chess queen's timid emergence in the early days of the Holy Roman Empire to her elevation during the reign of Isabel of Castile. Marilyn Yalom, inspired by a handful of surviving medieval chess queens, traces their origin and spread from Spain, Italy, and Germany to France, England, Scandinavia, and Russia. In a lively and engaging historical investigation, Yalom draws parallels between the rise of the chess queen and the ascent of female sovereigns in Europe, presenting a layered, fascinating history of medieval courts and internal struggles for power.

“Both chess fans and those unfamiliar with the game will enjoy this absorbing look at the evolution of chess.” — Booklist

“Combining exhaustive research with a deep knowledge of women’s history, Yalom presents an entertaining and enlightening survey that offers a new perspective on an ancient game.” — Publishers Weekly

“An enticing portal into the past…. Yalom writes passionately and accessibly about this esoteric topic.” — Los Angeles Times Book Review

“Fascinating. . . . Marilyn Yalom makes a convincing case that the power of the chess queen reflects the evolution of female power in the western world.” — Atlanta Journal-Constitution

“A fascinating cultural account of the evolution of a game piece…. This anecdote-filled book should appeal not only to readers interested in chess but to anyone with an interest in cultural diffusion or gender studies.” — Library Journal

“An interesting book for lovers of chess and, above all, lovers of strong women.” — St. Louis Post-Dispatch

“Marilyn Yalom has written the rare book that illuminates something that always has been dimly perceived but never articulated, in this case that that the power of the chess queen reflects the evolution of female power in the western world.” — Cleveland Plain Dealer

“A wide-ranging exploration of the origins of chess and of its most powerful piece…. Yalom has rattled the vaults of Europe to shake out the missing-link chess pieces that show the game’s evolution on the Continent…. [Her] entertaining (and credible) contention is that that the booting of the vizier and the coronation of the Queen are linked to the rising status of women in medieval Europe.” — New York Times Book Review

“In this remarkable book we have the first full-fledged investigation of how the chess queen came to the game… [and] developed into the most powerful piece on the board.” — Chess Life

“A capable explanation of how the queen became the board’s dominant aggressive piece [and] an interesting depiction of chess as representing the culture of its time. The work is a sympathetic, nonpartisan, explanation of the rise of the power of the female, especially in Europe.” — Boston Globe

“A well-researched and enjoyable book.” — The Economist

“Marilyn Yalom has written the rare book that illuminates something that always has been dimly perceived but never articulated.” — Cleveland Plain Dealer 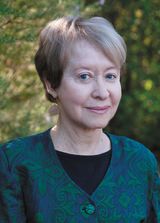 Marilyn Yalom was a former professor of French and a senior scholar at the Clayman Institute for Gender Research at Stanford University. She was the author of widely acclaimed books such as A History of the Breast, A History of the Wife, Birth of the Chess Queen, and, most recently, How the French Invented Love. She lived in Palo Alto, California, with her husband, psychiatrist and author Irvin D. Yalom.

Other Works by Marilyn Yalom

A History of the Wife

How the French Invented Love