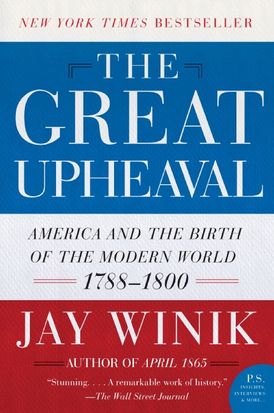 It is an era that redefined history. As the 1790s began, a fragile America teetered on the brink of oblivion, Russia towered as a vast imperial power, and France plunged into revolution. But in contrast to the way conventional histories tell it, none of these remarkable events occurred in isolation.

Now, for the first time, acclaimed historian Jay Winik masterfully illuminates how their fates combined in one extraordinary moment to change the course of civilization. A sweeping, magisterial drama featuring the richest cast of characters ever to walk upon the world stage, including Washington, Jefferson, Louis XVI, Robespierre, and Catherine the Great, The Great Upheaval is a gripping, epic portrait of this tumultuous decade that will forever transform the way we see America's beginnings and our world

“In this masterful book, Jay Winik sheds new light on a tumultuous decade rife with lessons for today.” — Walter Isaacson

“A cinematic reconstruction of the birth of the modern world. No one interested in history will want to miss it.” — Robert Dallek

“A historical work of rare drama and audacity, told with the tireless verve of a gifted storyteller.” — Ron Chernow

“Jay Winik’s The Great Upheaval is a terrific work that will endure for years to come.” — Doris Kearns Goodwin 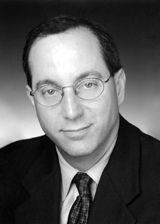 Jay Winik is the author of the New York Times bestseller April 1865. He is a senior scholar of history and public policy at the University of Maryland and a regular contributor to The Wall Street Journal and The New York Times. He lives in Chevy Chase, Maryland.

Other Works by Jay Winik