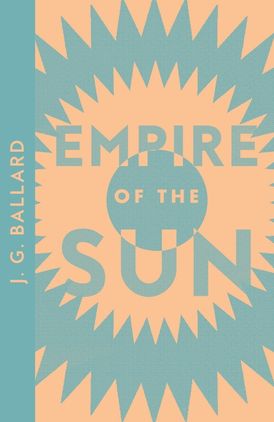 Introducing the Collins Modern Classics, a series featuring some of the most significant books of recent times, books that shed light on the human experience – classics which will endure for generations to come..

Like everything else since the war, the sky was in a state of change

Based on J. G. Ballard’s own childhood, this is the extraordinary account of a boy’s life in Japanese-occupied Shanghai. Trapped in a prison camp and separated from his parents, Jim is witness to the death, starvation and chaos of the Second World War. His story is a mesmerising vision of a world thrown utterly out of joint.

Winner of the James Tait Black Memorial Prize and shortlisted for the Booker, Empire of the Sun is an astounding, hypnotically compelling novel by which the twentieth century will be not only remembered, but judged.

‘Remarkable … form, content and style fuse with complete success … one of the great war novels of the 20th century’ William Boyd

J. G. Ballard was born in 1930 in Shanghai. After internment in a civilian prison camp, his family returned to England in 1946. His 1984 bestseller ‘Empire of the Sun’ won the Guardian Fiction Prize and the James Tait Black Memorial Prize. His controversial novel ‘Crash’ was made into a film by David Cronenberg. His autobiography ‘Miracles of Life’ was published in 2008, and a collection of interviews with the author, ‘Extreme Metaphors’, was published in 2012. J. G. Ballard passed away in 2009.