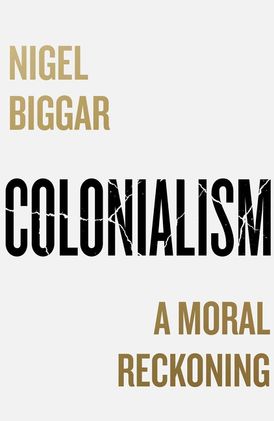 A new assessment of the West’s colonial record

In the wake of the dissolution of the Soviet empire in 1989, many believed that we had arrived at the ‘End of History’ – that the global dominance of liberal democracy had been secured forever.

Now however, with Russia rattling its sabre on the borders of Europe and China rising to challenge the post-1945 world order, the liberal West faces major threats.

These threats are not only external. Especially in the Anglosphere, the ‘decolonisation’ movement corrodes the West’s self-confidence by retelling the history of European and American colonial dominance as a litany of racism, exploitation, and massively murderous violence.

Nigel Biggar tests this indictment, addressing the crucial questions in eight chapters: Was the British Empire driven primarily by greed and the lust to dominate? Should we speak of ‘colonialism and slavery’ in the same breath, as if they were identical? Was the Empire essentially racist? How far was it based on the theft of land? Did it involve genocide? Was it driven fundamentally by the motive of economic exploitation? Was undemocratic colonial government necessarily illegitimate? and, Was the Empire essentially violent, and its violence pervasively racist and terroristic?

Biggar makes clear that, like any other long-standing state, the British Empire involved elements of injustice, sometimes appalling. On occasions it was culpably incompetent and presided over moments of dreadful tragedy.

Nevertheless, from the early 1800s the Empire was committed to abolishing the slave trade in the name of a Christian conviction of the basic equality of all human beings. It ended endemic inter-tribal warfare, opened local economies to the opportunities of global trade, moderated the impact of inescapable modernisation, established the rule of law and liberal institutions such as a free press, and spent itself in defeating the murderously racist Nazi and Japanese empires in the Second World War.

As encyclopaedic in historical breadth as it is penetrating in analytical depth, Colonialism offers a moral inquest into the colonial past, forensically contesting damaging falsehoods and thereby helping to rejuvenate faith in the West’s future.

NIGEL BIGGAR is Regius Professor Emeritus of Moral and Pastoral Theology at the University of Oxford, where he directs the McDonald Centre for Theology, Ethics, and Public Life. He holds a B.A. in Modern History from Oxford University and an M.A. and Ph.D. in Christian Theology & Ethics from the University of Chicago. Before assuming his professorship at Oxford, he occupied chairs in at the University of Leeds and at Trinity College, Dublin. He was appointed C.B.E. in the 2021 Queen’s Birthday Honours List.

Other Works by Nigel Biggar