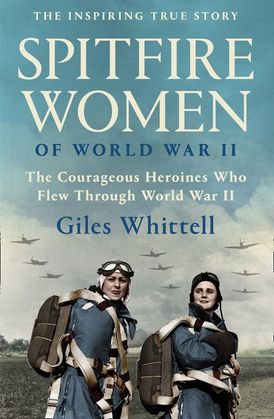 The story of the unsung heroines who flew the newest, fastest, aeroplanes in World War II – mostly in southern England where the RAF was desperately short of pilots.

Why would the well-bred daughter of a New England factory-owner brave the U-boat blockades of the North Atlantic in the bitter winter of 1941? What made a South African diamond heiress give up her life of house parties and London balls to spend the war in a freezing barracks on the Solent? And why did young Margaret Frost start lying to her father during the Battle of Britain?

They – and scores of other women – weren't allowed to fly in combat, but what they did was nearly as dangerous. Unarmed and without instruments or radios, they delivered planes for the Air Transport Auxiliary to the RAF bases from which male pilots flew into battle. At the mercy of the weather and any long-range enemy aircraft that pounced on them, fifteen of these women died, among them Amy Johnson, Britain's most famous flyer. But the survivors shared four unrepeatable years of life, adrenaline and love.

The story of this 'tough bunch of babes' (in the words of one of them) has never been told properly before. The author has travelled to four continents to interview all the surviving women pilots, who came not just from the shires of England, but also from the U.S.A, Chile, Australia, Poland and Argentina. Paid £ 6 a week, they flew up to 16 hours a day in 140 different types of aircraft, though most of them liked Spitfires the best.

Giles Whittell is a leader and feature writer on The Times, for whom he has worked as a correspondent since 1993. He has written three previous books – Extreme Continental, Central Asia and Lambada County. He lives with his wife and two sons in South London.

Other Works by Giles Whittell