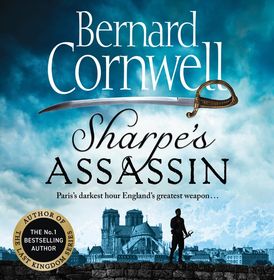 The adventure continues in September 2021.

Bernard Cornwell worked for BBC TV for seven years, mostly as producer on the Nationwide programme, before taking charge of the Current Affairs department in Northern Ireland. In 1978 he became editor of Thames Television’s Thames at Six. Married to an American, he now lives in the United States.