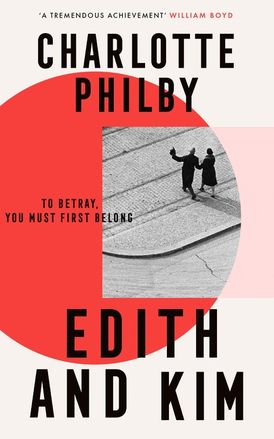 One of ‘the heirs to John le Carré’ The Times

To betray, you must first belong…

In June 1934, Kim Philby met his Soviet handler, the spy Arnold Deutsch. The woman who introduced them was called Edith Tudor-Hart. She changed the course of 20th century history.

Then she was written out of it.

Drawing on the Secret Intelligence Files on Edith Tudor-Hart, along with the private archive letters of Kim Philby, this finely worked, evocative and beautifully tense novel – by the granddaughter of Kim Philby – tells the story of the woman behind the Third Man.

‘A fine achievement’ THE TIMES

‘A dextrous writer who gives her tale a quickening, thrillerish propulsion’ NEW STATESMAN

‘Mother, lover, revolutionary, spy… Philby’s stunning fourth novel thrusts this former bit-player in the Cambridge Spy scandal to the centre stage where she belongs… Her best book yet’ ERIN KELLY

Charlotte Philby worked for the <i>Independent</i> for eight years as a columnist, editor and reporter, and was shortlisted for the Cudlipp Prize for her investigative journalism at the 2013 Press Awards. A former contributing editor and feature writer at <i>Marie Claire</i>, she has written for the <i>New Statesman</i>, <i>Elle</i>, <i>Telegraph</i>, <i>Guardian</i> and <i>Sunday Times</i>, been interviewed on BBC Radio 3’s <i>Free Thinking</i>, BBC Radio 4’s <i>Loose Ends</i> and presented documentaries for the BBC World Service and <i>The One Show</i>. She is currently working on a documentary series with the BBC and Audible. Charlotte is the granddaughter of Kim Philby, Britain’s most infamous communist double-agent, the elusive ‘third man’ in the notorious Cambridge spy ring. This is her fourth novel.

Other Works by Charlotte Philby

Part of the Family