Kill or Die (The House of Killers, Book 2) 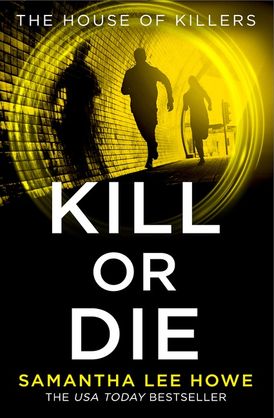 Kill or Die (The House of Killers, Book 2)

‘One of the deadliest female assassins I’ve ever encountered in fiction’ Brendan DuBois, New York Times-bestselling author of The End with James Patterson

An agent with an agenda. A killer with a conscience. A showdown that brought a global network to its knees…

For disgraced MI5 agent Michael Kensington, the events of the past year have exploded his life like a fist closing around a grenade.

For serial killer and career assassin Neva, they brutally exposed how hers had so irrevocably imploded.

She ran. He didn’t. But he refuses to give up on her.

With a power vacuum gaping at the heart of the conglomerate that almost silenced them and a deadly web of rogue operatives spinning out of control, they soon realise the fight for freedom has only just begun.

Kill or Die is the second gripping instalment in The House of Killers trilogy, an unmissable spy thriller perfect for fans of Mick Herron and David Baldacci.

Praise for The House of Killers:

‘Fast-paced and impeccable, this is writing at its very best … It was almost dawn by the time I finished … It demands to be read in a single sitting. An absolute triumph!’ Awais Khan, author of In the Company of Strangers

‘Wow, what a read! Buckle up for a thrilling ride through a labyrinth of secrets, lies and betrayals, in a shadowy world where no one and nothing can be trusted. And where death is just the slash of a knife away’ Abbie Frost, author of The Guesthouse

Other Works by Samantha Lee Howe

Kill a Spy (The House of Killers, Book 3)

The Stranger in Our Bed