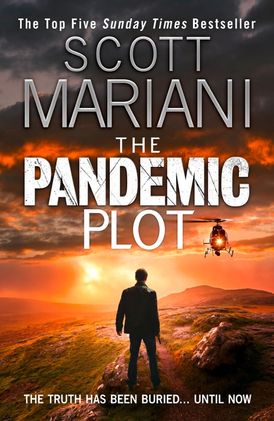 Pre-order now: the gripping new Ben Hope thriller from the Number One bestseller.

When ex-SAS major Ben Hope is urgently recalled to the UK from his base in France to assist with a family crisis, little does he know that he’s about to be drawn into one of the most dangerous missions of his career: his son Jude has been accused of a brutal murder, and all the evidence points to his guilt.

To prove Jude’s innocence Ben embarks on a wild chase, facing up against mysterious killers and piecing together a fragile web of clues. What connects an all-female criminal gang from the early 1900s called the Forty Elephants, a century-old vendetta and a shadowy government conspiracy that claimed millions of innocent lives?

Along the way Ben teams up with his former acquaintance, rugged Detective Tom McAllister. They’re heading for a showdown in the wilds of Cornwall, and the villains have no intention of letting Ben come out of it alive . . .

People can’t get enough of the Ben Hope series:

‘Compelling from the first page until the last, Mariani and his fabulous protagonist Ben Hope entertain in a gripping tale that will have you turning the pages well into the night’ Mark Dawson

‘Thrilling. Scott Mariani is at the top of his game’ Andy McDermott

‘A high level of realism … the action scenes come thick and fast. Like the father of the modern thriller, Frederick Forsyth, Mariani has a knack for embedding his plots in the fears and preoccupations of their time’ Shots Magazine

Scott Mariani is the author of the worldwide-acclaimed action / adventure series featuring maverick ex-SAS hero Ben Hope. Scott’s books have topped the bestseller charts in his native Britain, with The Alchemist’s Secret, the first Ben Hope novel, having held the #1 Kindle position for a record-breaking six straight weeks. The Ben Hope series is translated into over twenty languages worldwide.

Scott was born in Scotland, studied in Oxford and now lives and writes in rural west Wales.

Other Works by Scott Mariani