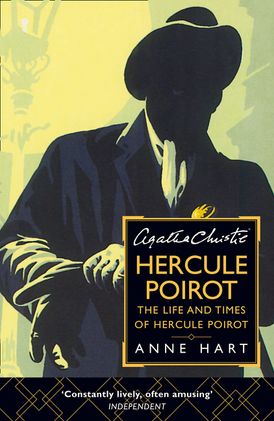 ‘My name is Hercule Poirot and I am probably the greatest detective in the world.'

The dapper, moustache-twirling little Belgian with the egg-shaped head, curious mannerisms and inordinate respect for his own 'little grey cells' has solved some of the most puzzling crimes of the century. Yet despite being familiar to millions, Poirot himself has remained an enigma – until now.

From his first appearance in 1920 to his last in 1975, from country house drawing rooms to opium dens in Limehouse, from Mayfair to the Mediterranean, Anne Hart stalks the legendary sleuth, unveiling the mysteries that surround him. Sifting through 33 novels and 56 short stories, she examines his origins, tastes, relationships and peculiarities, revealing a character as fascinating as the books themselves.

This new edition has been updated to include new information about original publication dates, newspaper and magazine serials, and up-to-date lists of film, TV, radio and stage adaptations (including David Suchet, Kenneth Branagh, John Malkovich, Tom Conti and Robert Powell).

Anne Hart lives in St John’s, Newfoundland, where she was a librarian at Memorial University from 1969 until her retirement in 1997. In addition to her authorised biographies of Miss Marple and Hercule Poirot, she has written the acclaimed biography of Mina Hubbard, the first white woman to cross Labrador, and various stories, poems and plays. She was awarded Member of the Order of Canada in 2004 for her lasting contributions to the cultural life of her province, and an honorary doctor of letters for her achievements as a biographer and in Newfoundland studies in 2006, and is the mother of a daughter and two sons.

Other Works by Anne Hart