Domino Island: The unpublished thriller by the master of the genre 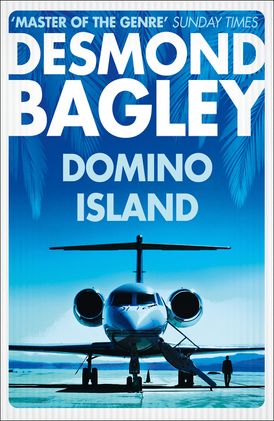 Domino Island: The unpublished thriller by the master of the genre

Discovered after more than 40 years, a vintage action-adventure novel set on Domino Island – a Caribbean paradise toppling under murder, corruption and organised crime…

‘Like a dream come true – an undiscovered Desmond Bagley novel … and it’s a great one!’ LEE CHILD

Bill Kemp, an ex-serviceman working in London as an insurance investigator, is sent to the Caribbean to determine the legitimacy of an expensive life insurance claim following the inexplicable death of businessman David Salton. His rapidly inflated premiums immediately before his death stand to make his young widow a very rich lady! Once there, Kemp discovers that Salton’s political ambitions had made him a lot of enemies, and local tensions around a forthcoming election are already spilling over into protest and violence on the streets. Salton also had friends in unexpected places, including the impossibly beautiful Leotta Tomsson, to whom there is much more than meets the eye. Kemp realises that Salton’s death and the local unrest are a deliberate smokescreen for an altogether more ambitious plot by an enemy in their midst, and as the island comes under siege, even Kemp’s army training seems feeble in the face of such a determined foe.

Unseen for more than 40 years and believed lost, Domino Island was accepted for publication in 1972 but then replaced by a different novel to coincide with the release of The Mackintosh Man, the Paul Newman film based on Bagley’s earlier novel The Freedom Trap. It is a classic Bagley tour de force with an all-action finale.

Desmond Bagley was a multi-million-copy selling author of 16 adventure thrillers, all still in print. Moving to South Africa after WW2, his transition from unskilled printer’s apprentice, aircraft engineer, mine worker, nightclub photographer and radio scriptwriter to one of the world’s most respected thriller writers is legendary, described by The Times as a ‘craftsmanlike thriller novelist’. Returning to the UK in the 1960s, he lived with his wife Joan in Devon and then on Guernsey, where a blue plaque was unveiled in his honour in 2018.

Other Works by Desmond Bagley