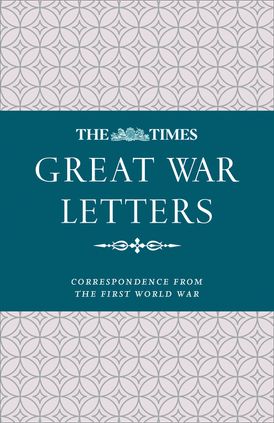 The perfect gift for history fans.

Selection of more than 300 letters published by The Times newspaper between 1914 and 1918, as its readers and the nation alike endured the ordeal of the First World War.

Much of the correspondence relates to the conﬂict – the news, or absence of news, from the trenches and the sacriﬁces being made on the Home Front. Celebrated politicians and the man on the Clapham omnibus both responded to the horrors of gas and the slaughter on the Somme.

Yet it was at this time, too, that the newspaper’s famous letters page began to take on its distinctive nature, ﬁnding room for off-beat or humorous topics and writers who held up a mirror to Britain’s character and its changing moods.

Among those who wrote to The Times during the war were many of the most notable ﬁgures of the era, such as Arthur Conan Doyle, HG Wells, Millicent Fawcett, Edith Wharton, Nancy Astor, Edith Cavell, David Lloyd George and Winston Churchill.

With insights and opinion on diverse subjects such as;
• the Russian Revolution
• Women’s suffrage
• the ﬁrst Zeppelin raids
• the rearing of guinea fowl for shooting

Great War Letters shines a light on the world of a century ago at the very moment in time that it was about to change forever.

The Times Guide to the House of Lords 2023: The definitive guide to the upper house of the United Kingdom Parliament

The Sunday Times A Life in the Day: Words of wisdom and domestic details from the rich and famous

The Sunday Times Investigates: Reporting That Made History

The Times All Aboard!: Remembering Britain’s Railways

The Times: The Joy of Railways: Remembering the golden age of trainspotting

The Times Great Events: 200 Years of History as it Happened

The Times Second World War: The history of the global conflict from 1939 to 1945

The Times D-Day: The story of the allied landings