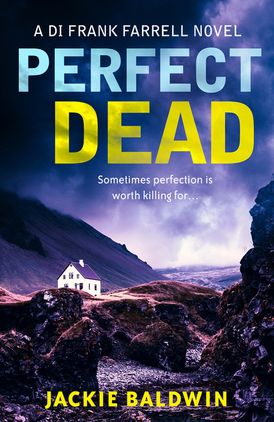 Sometimes perfection is worth killing for…

The second gripping crime novel in an exciting new series. Ex-priest DI Frank Farrell finds himself on the trail of a vicious killer in rural Scotland. Perfect for fans of Stuart MacBride, James Oswald and Val McDermid.

Each murder brings him one step closer to the perfect death.

Ex-priest DI Farrell is called on to investigate a gruesome death in rural Scotland. All evidence points to suicide, except for one loose end: every light in the cottage was switched off. Why would he kill himself in the dark?

The question sparks a murder investigation that leads to the mysterious Ivy House, home of ‘The Collective’, a sinister commune of artists who will do anything to keep their twisted secrets hidden.

And when the remains of a young girl are uncovered on a barren stretch of coastline, Farrell realises that there is something rotten in this tight-knit community. Now he must track down a ruthless killer before another person dies, this time much closer to home…

‘Dark, twisting and utterly absorbing; this series just gets better and better’ M. W. Craven, author of The Puppet Show

‘A pacy and dark police procedural with an original protagonist. DI Farrell is a character to cherish and Jackie Baldwin is a writer to watch out for. She’s going to be huge’ Michael Wood