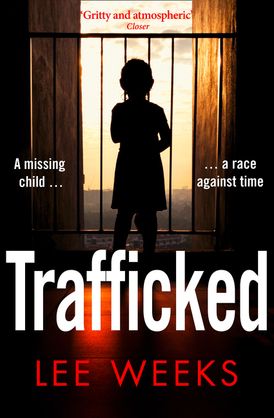 DETECTIVE JOHNNY MANN IS BACK

Missing children. An evil racket. A race against time …

Summoned to meet his boss, rebellious Detective Johnny Mann expects to be told that he is being demoted. Instead he is ordered to lead the investigation into the kidnapping of Amy Tang – the illegitimate daughter of a major player in the skin trade, CK Leung.

Mann is reluctant to help – he has crossed paths with CK before- but he has no choice.

Nine-year-old Amy is the third child to be kidnapped and held for a vast sum of money, but while the other two children were released after the vast ransom was paid, Amy is still being held captive.

Mann's investigation takes him to London, where he teams up with DC Becky Stamp. Within days of his arrival, an arson attack kills twelve women and children. The charred bodies of the victims are found chained to their beds – their injuries rendering them identifiable…

What is the link between the kidnapping of Amy in Hong Kong and the deaths of these women and children and can Mann discover the truth before it's too late.

Prepare to be terrorised all over again with this disturbingly addictive thriller from the writer hailed as the female James Patterson.

Lee Weeks was born in Devon. She left school at seventeen and, armed with a notebook and very little cash, spent seven years working her way around Europe and South East Asia. She returned to settle in London, marry and raise two children. She has worked as an English teacher and personal fitness trainer. Her books have been Sunday Times bestsellers. She now lives in Devon.

Other Works by Lee Weeks

The Girl in the Glass