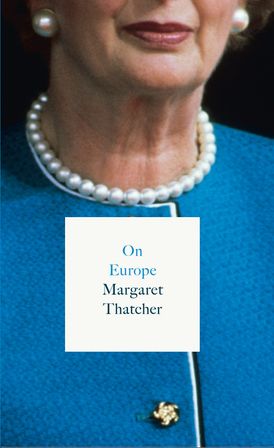 First published in her pioneering treatise Statecraft, the opinions and projections of the former Prime Minister on Europe remain potent and resoundingly prophetic.

Margaret Thatcher foresaw the European Union as a swelling superstate, gradually eroding Britain's freedom. Irreparable and doomed, European integration did not allow for the birthright of nationhood. It was the most recent incarnation of an idea that has been tried many times before, and the outcomes were far from happy. “During my lifetime,” she says, “most of the problems the world has faced have come, in one fashion or other, from mainland Europe, and the solutions from outside it.”

‘A unified Europe is, in fact, a classic utopian project, a monument to the vanity of intellectuals, a programme whose inevitable destiny is failure: only the scale of the final damage done is in doubt’
Margaret Thatcher 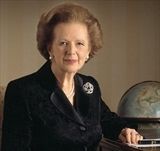 Born in 1925, Margaret Thatcher rose to become the first woman to lead a major Western democracy. She won three successive general elections and served as prime minister for more than eleven years, from 1979 to 1990, a record unmatched in the twentieth century.

Other Works by Margaret Thatcher