Invasive Aliens: The Plants and Animals From Over There That Are Over Here 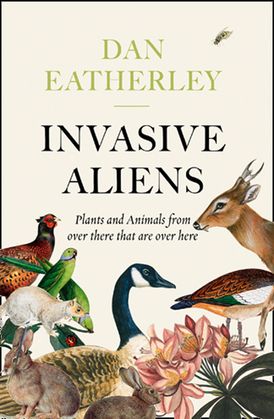 Invasive Aliens: The Plants and Animals From Over There That Are Over Here

‘The story of “invasive species” is really the story of human history, and Eatherley tells it with great verve … Fascinating’ Daily Telegraph

A unique history of plant and animal invaders of the British isles spanning thousands of years of arrivals and escapes, as well as defences mounted and a look to the future.

As Brits we pride ourselves as stoic defenders, boasting a record of resistance dating back to 1066.

Yet, even a cursory examination of the natural world reveals that while interlopers of the human variety may have been kept at bay, our islands have been invaded, conquered and settled by an endless succession of animals, plants, fungi and other alien lifeforms that apparently belong elsewhere. Indeed it’s often hard to work out what actually is native, and what is foreign.

From early settlement of our islands, through the Roman and mediaeval period, to the age of exploration and globalisation, today’s complement of alien species tells a story about our past.

Dan Eatherley is a British naturalist, writer and environmental consultant. Since 1995 he has made wildlife documentaries for the BBC with Sir David Attenborough; written on natural history and science for outlets such as Scientific American, New Scientist, BBC Wildlife, the Guardian and the New York Post; and conducted many technical and market research projects on environmental sustainability issues for the UK government, the European Commission and the UN Environment Programme.

Other Works by Dan Eatherley