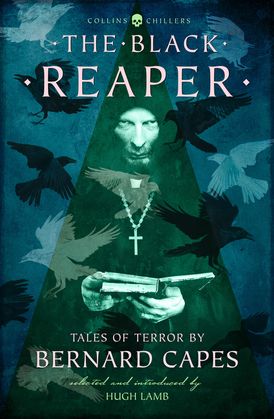 Bernard Capes was celebrated as one of the most prolific authors of the late Victorian period, producing dozens of short stories, articles, and more than forty novels across multiple genres, culminating in the first original crime novel published by Collins, The Skeleton Key. His greatest acclaim, however, came from penning some of the most terrifying ghost stories of the era. Yet following his death in 1918 his work all but slipped into oblivion until the 1980s, when veteran anthologist Hugh Lamb first collected Capes’s tales of terror as The Black Reaper.

Every story bears the stamp of Capes’s fertile and deeply pessimistic imagination, from werewolf priests and haunted typewriters to marble hands that come to life and plague-stricken villagers haunted by a scythe-wielding ghost. Now expanded with eleven further stories, a revised introduction and a new foreword by Capes’s grandson, Ian Burns, this classic collection will thrill horror fans and restore Capes’s reputation as one of the best writers in the horror genre.

Bernard Edward Joseph Capes (1854-1918) was a prolific Victorian author who published more than 40 books – romances, ghost stories, poetry and history – and won awards in England and America. He is best remembered as an accomplished writer of horror stories in the vein of M.R. James, and has the distinction of writing the first detective novel commissioned and published by Collins – The Skeleton Key in 1919, whose enormous success (8 different editions in 10 years) paved the way for a century of crime books. It was his only crime book, as Capes died in the influenza epidemic on 2 November 1918 before The Skeleton Key was published. A plaque commemorating his life is in Winchester Cathedral, near where he lived.

Other Works by Bernard Capes