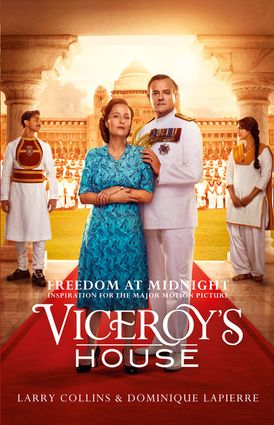 Seventy years ago, at midnight on 14 August 1947, the Union Jack began its final journey down the flagstaff of Viceroy’s House, New Delhi. A fifth of humanity claimed their independence from the greatest empire history has ever seen – but the price of freedom was high, as a nation erupted into riots and bloodshed, partition and war.

This is an electrifying and acclaimed account of the dying days of the British Raj and the drama played out between Lord Mountbatten, Mahatma Gandhi, Nehru and Jinnah, as an empire undertook a violent transformation into the new India and Pakistan.

The enormous success of the international writing partnership of Collins and Lapierre is based on the phenomenal non-fiction bestsellers OR I’LL DRESS YOU IN MOURNING, IS PARIS BURNING? and O JERUSALEM! More recently Lapierre wrote CITY OF JOY (about Calcutta) and Larry Collins has written a number of thrillers published by HarperCollins (FALL FROM GRACE, MAZE and BLACK EAGLES). Lapierre is French, Collins American.

Other Works by Dominique Lapierre