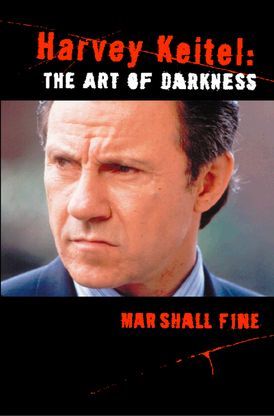 Originally published in 1997 and now available as an ebook.

It has not been possible to include the illustrations in the electronic edition.

Perhaps the bravest and most inspiring actor of his generation, Harvey Keitel has made his menacing presence felt in some of the greatest cult movies ever, from Scorsese's Mean Streets and Taxi Driver to Tarantino's Reservoir Dogs and Pulp Fiction.

With over fifty films to his name, a dozen of them since 1992, Keitel is one of the most ubiquitous and sought-after actors in Hollywood. Yet unlike so many of his contemporaries, he constantly surprises with daring and risk-taking performances in ground-breaking films such as Bad Lieutenant, The Last Temptation of Christ, The Piano and Smoke.

Since his tough childhood in Brooklyn, Keitel's life has been a dramatic and unconventional as his screen roles. 'Harvey Keitel: The Art of Darkness 'tells, for the first time, the story of the rollercoaster career and turbulent personal life of this most powerful performer.

Other Works by Marshall Fine