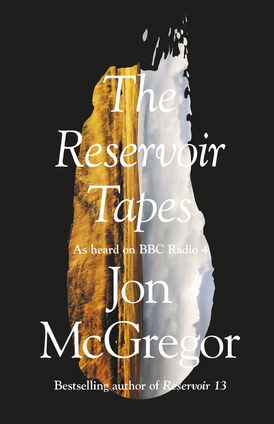 As broadcast on BBC radio 4: the fifteen ‘prequel’ stories to the Costa Award-WinningReservoir 13.

‘He leaves behind all other writers of his generation’ Sarah Hall

Midwinter in the early years of this century. A teenage girl on holiday has gone missing in the hills at the heart of England. The villagers are called up to join the search, fanning out across the moors as the police set up roadblocks and a crowd of news reporters descends on their usually quiet home.

But the aftershocks of Becky Shaw’s disappearance have origins long before then, and those in the village have losses, and secrets, and stories of their own…

A woman remembers a son’s inexperience – and a father’s rage; a young wife pushes against the boundaries of her marriage, whilst an older one finds ways to ensure the survival of hers. A hunt for a birthday present takes an alarming turn, and a teenage game grows serious.

First broadcast as a series of specially commissioned stories on BBC Radio 4, The Reservoir Tapes returns to the territory of the Booker-longlisted Reservoir 13, revealing the web of connections that bind us, and the many layers on which we all build our truths.

Jon McGregor is the author of four novels and a story collection. He is the winner of the IMPAC Dublin Literature Prize, Betty Trask Prize, and Somerset Maugham Award, and has twice been longlisted for the Man Booker Prize. He is Professor of Creative Writing at the University of Nottingham, where he edits The Letters Page, a literary journal in letters. He was born in Bermuda in 1976, grew up in Norfolk, and now lives in Nottingham.

Other Works by Jon McGregor